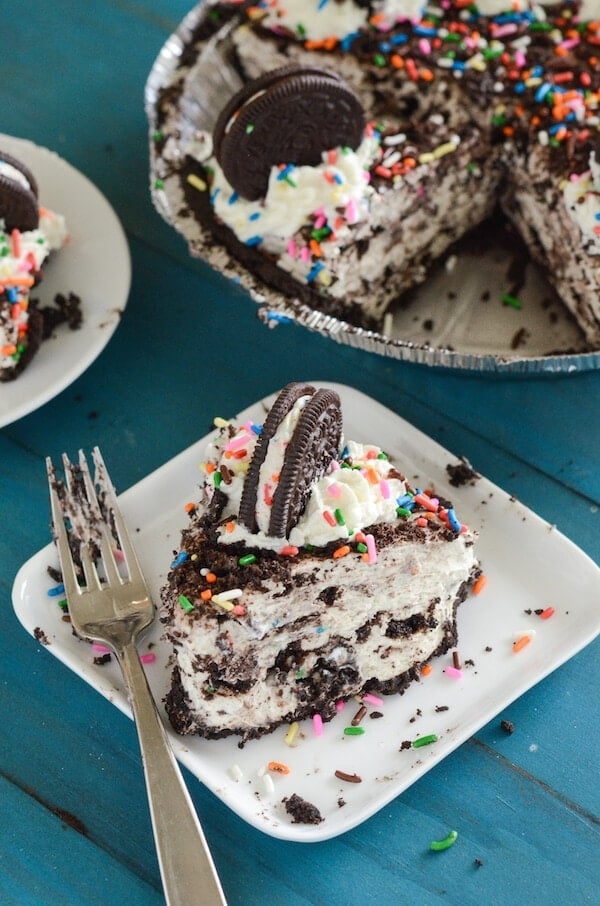 Oh baby, this Cake Batter Oreo No Bake Cheesecake is a doozy. Before posting it, I even added up the months to see if I could say I made this for my half-birthday…but that was a month ago. Then I tried Jorge’s and the girls…but non of those worked either. Maybe I should just say I am practicing what cake to make Jorge for his birthday in July?

Yup, let’s go with that. I am trying out cakes to make for Jorge’s upcoming birthday. Except I nailed it. I wanted to eat this entire cheesecake and had to force myself to give half of it away to the neighbors instead. 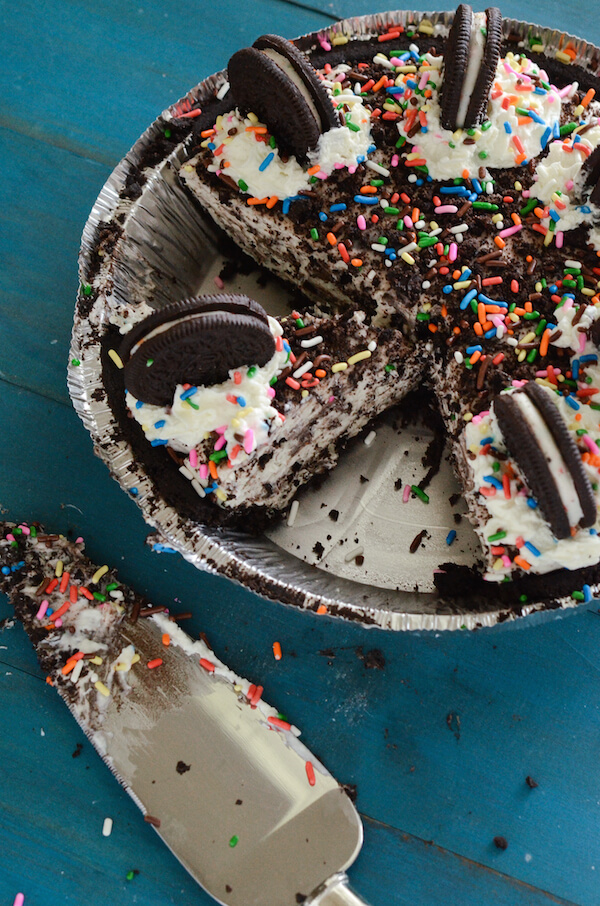 This is a no-bake cheesecake — which means it is super easy to put together. Especially when you use a pre-made oreo pie crust like I did. Sure you can make your own, but for the cost of another package of oreos…the pre made pie crust was actually a dollar+ cheaper. AND was one less step for me. YAY.

So all you really have to do is whip up some whipped cream, cream cheese, birthday cake oreos and a couple other ingredients and pour it into your pan. Wait 8 hours and BAM. Super creamy cheesecake that tastes like cake batter and chocolate oreos. Holy batman, it’s dang good. 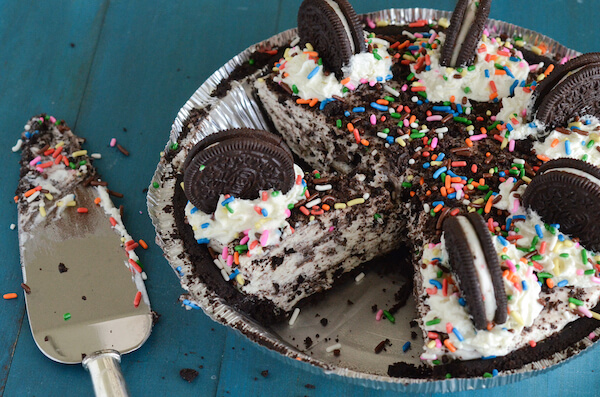 If you want to make thisCake Batter Oreo No Bake Cheesecake for around lunch time, make it the night before. If you want it for dinner time, make it the morning of. It needs to set up for at least 8 hours and it is fine to make up to 24 hours ahead. Of course it’s still good longer than that, but that is when it is still the freshest.

This recipe took a little under 1 whole pack of birthday cake oreos. That leaves just enough oreos for you to eat a couple while you are making it. Just saying. ;-)

When you are ready to serve: