0
You have 0 items in your cart
Go To Shopping
Pin It!
Save
SUBSCRIBE
Save Recipes Shop
Save Your Favorites!
The Novice Chef » Recipes » Desserts » Cake » Brown Butter Cushaw Mini Cakes with Brown Butter Buttercream
Jump to Recipe 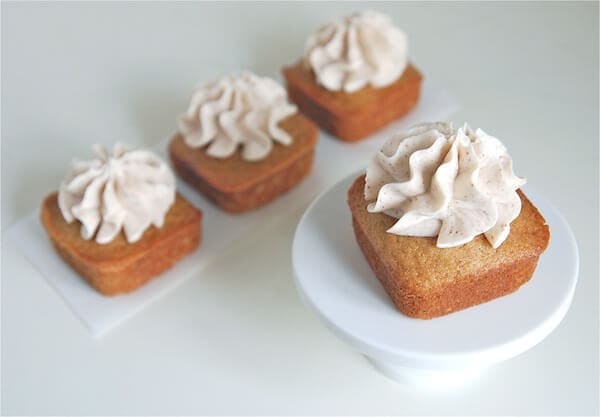 There are some things in life that are just meant to be. 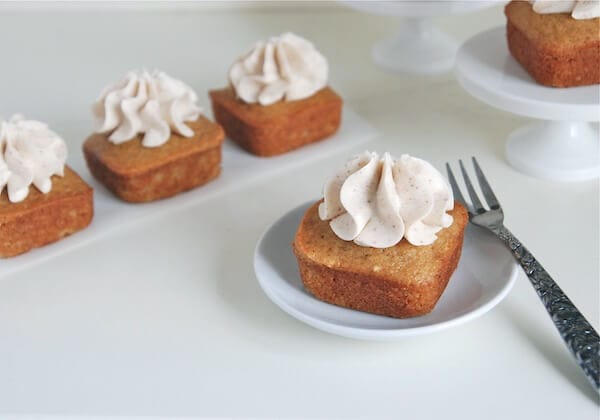 Other People’s Kids and Benadryl.

Me and Brown Butter.

It’s a Brown Butter palooza up in here today! For the last Cushaw post, I just had to pull out the big guns. First, I made the cakes into mini cakes. It is a proven fact that anything smaller is cuter. Then I topped those adorable square cakes with a big swirl of buttercream. And to really seal the deal, I added brown butter to both the cake and frosting. Are you swooning yet?  You should be.

I wish I had a scratch and sniff sticker for your screen. Wouldn’t that be awesome? I think whoever is in charge of the iPhone 5 needs to go ahead and get started on that technology. Scratch & Sniff Screens! It’s totally the way of the future. 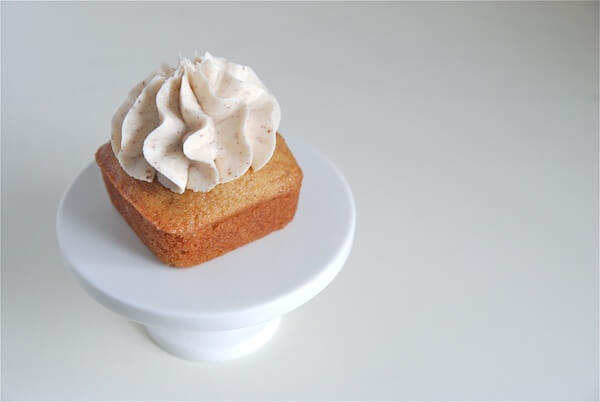 I am going to say something that might be quite shocking. This very well might be my favorite cupcake/cake combination…ever. Seriously, ever. It took me 4 tries to get the cake recipe right, but it was so worth it in the end!

The Brown Butter Cushaw Mini Cakes were perfectly spongy while still staying moist. The cushaw flavor is light and adds to the overall flavor instead of being overpowering. And the Brown Butter Buttercream? Heaven. Pure heaven. If you are a brown butter fan — and really who isn’t?? — you must try this out immediately. I am not joking, do it. Now. 😀

For the Brown Butter Buttercream:

Recipe Note: If you haven’t been able to find a cushaw yet, don’t fret! You can still try out this recipe! Just swap out the cushaw for canned pumpkin or pureed sweet potatoes and add an extra 2 tablespoons of buttermilk!

I'm a trial & error, self taught, sugar addict who thankfully learned how to survive in the kitchen! I am also a wife, mama of 3.
Browse All The Latest Recipes