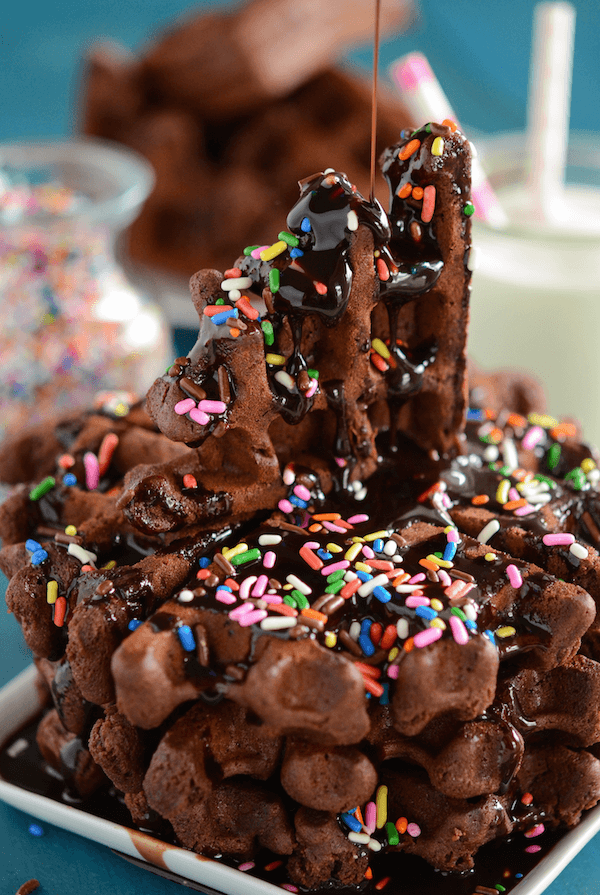 I made waffles with a brownie mix. Somewhere Paula Deen is smiling and nodding her head in approval.

Jorge’s birthday is next week and I was looking for something new and fun I could make for his birthday breakfast. As you all know by now, breakfast is a big deal in this house. I have to eat breakfast or I get crazy hangry. Jorge has to eat breakfast, well, because he is a man and likes breakfast. 😉 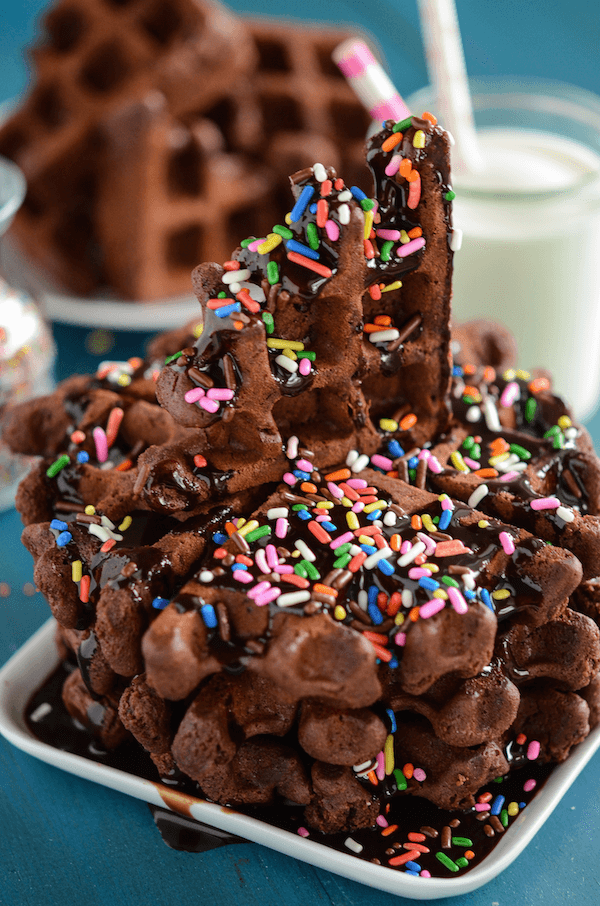 I couldn’t risk making these on his birthday and not having the recipe down — so that’s why you lucky ducks are getting the recipe today! It took me a couple tries to get the recipe right. At first I tried mixing the brownies according to the box…I figured what the heck, might as well try it! They weren’t great.

So then I started playing around and I remembered when I was writing the mini donuts cookbook, the secret to a lot of the recipes was sour cream. With such a quick cook time on a hot iron, something needs to keep it moist…and sour cream does just that! 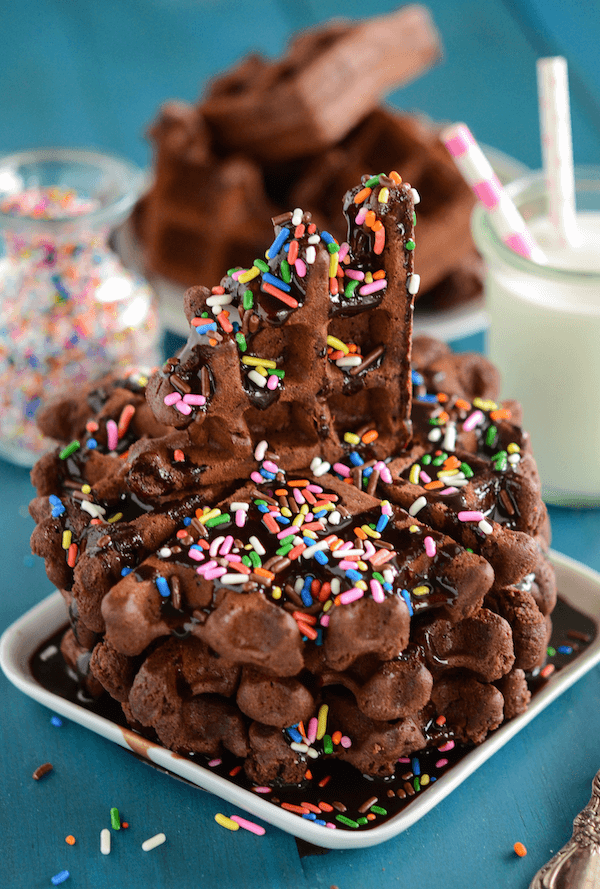 To be fair, his love of brownies (check out one of his past birthday brownies recipes here!) probably has a lot to do with his love for these Brownie Waffles…but they are also REALLY good. The babies even shared a whole one all to themselves!

So happy early birthday, Jorge! Please pretend to be surprised next Thursday morning when you see me making you these waffles again.

If you liked this recipe, make sure and check out my Cinnamon Roll Waffles. They are just as fun! 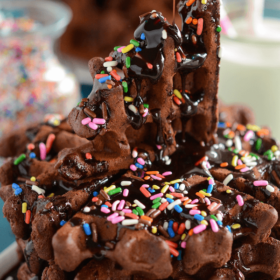 In a large bowl, whisk together brownie mix, sour cream, egg and oil.

Pour 1/2 cup batter into waffle iron and bake until the waffle is cooked through, about 4 minutes – depending on your waffle iron. Continue until all batter is used.