0
You have 0 items in your cart
Go To Shopping
Pin It!
Save
SUBSCRIBE
Save Recipes Shop
Save Your Favorites!
The Novice Chef » Recipes » Desserts » Candy » Cajeta Candy (Chewy Cinnamon Milk Candy)
Jump to Recipe 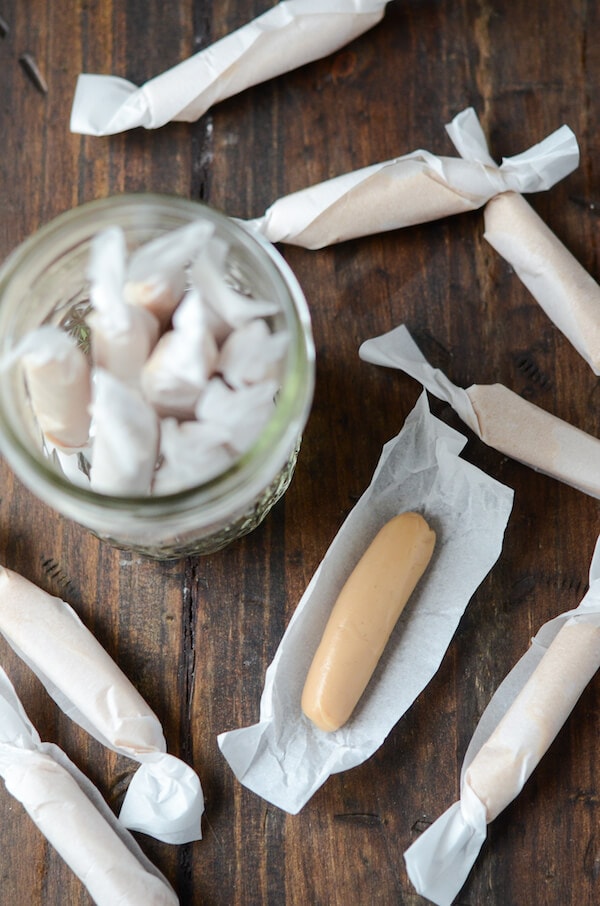 I know exactly what you are thinking…What is Cajeta??

Cajeta is a syrup (kind of like Dulce De Leche), except it is traditionally made using a mixture of goat’s milk and cow’s milk. You caramelize the syrup and cook it until it is thick and then add in a dash of cinnamon. You can use it on top of many different things…from cakes, crepes and in between two wafers. It is a true Mexican specialty – and in my opinion – so much better than Dulce De Leche! 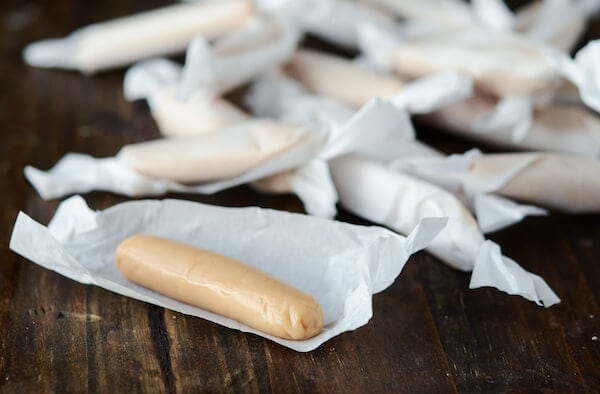 Since I am still a Texas girl at heart, my Cajeta loving roots are still strong. I miss being able to find it in stores and bakeries and set out on a mission to make my own.

But instead of making it into a traditional syrup, I wanted to make it into a chewy candy! After a few failed recipes, I decided to base the original recipe on chewy homemade caramels.

I tried it with half cow’s milk and half goat’s milk like the original recipe for Cajeta…and it just didn’t taste right. Then I tried it with Half & Half…and it’s perfect!

The best way to describe theses is cinnamon chewy milk candy. Sure it sounds strange, but I promise you will LOVE it!