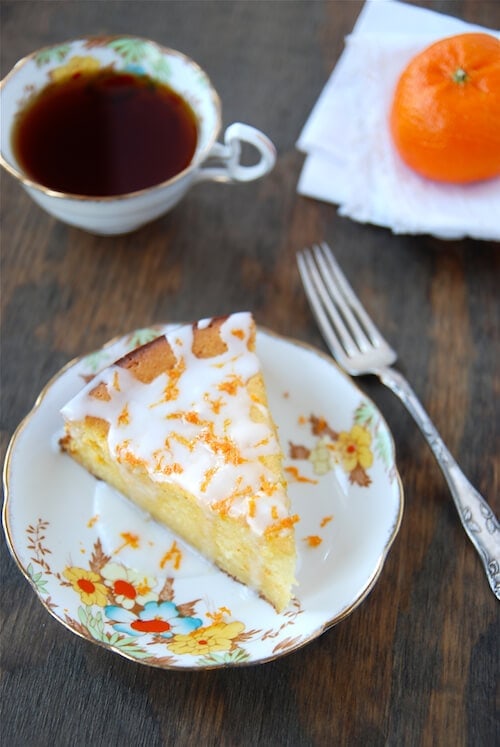 I am kind of anti-social. Not like totally, but partly. I am great in person and am mostly not weird online –keyword being mostly. I am also awesome at texting and emailing…but there is something about the telephone that makes me all weird and awkward. There are all of 6 people that I regularly talk to on the phone…and 4 of them are family.

So when I got an important email a couple weeks ago, asking me to call so we could work out the details on the phone, I got all sweaty and tried to think of a way out of it. Maybe I could say my voice doesn’t work right and instead I have to use email. Or that I don’t have a phone? Or maybe I could say I’m deaf? …but then I probably would have mentioned that on my website before. I mean, I’m pretty sure being deaf is a big deal and you would talk about it. So I put on my big girl panties, dialed the number, and prayed I would get voicemail. 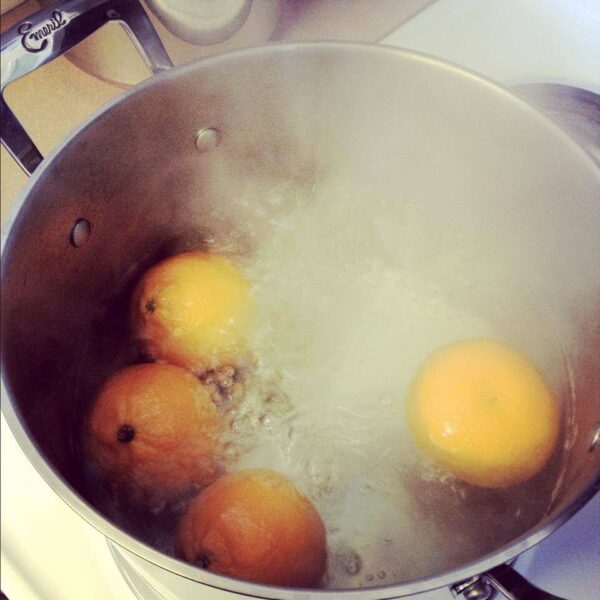 After I awkwardly explained who I was and what I was calling about, I finally found the right person I needed to talk to. He immediately got down to business and started talking numbers and going on and on about the scary graph charts that I was pretty sure were put in just for fun…apparently they weren’t. So after a lot of mmmhmms and ummms on my part, he finally asked for my opinion on everything.

During all of this, I had clementines boiling to later make this cake. Right as he was asking for my opinion, I was in the process of removing the clementines from the boiling water. I could have been smart and just pulled the pot off the heat, but instead I was taking them out with tongs. So this is how it went down:

Mr. Important Business Guy: What are your thoughts regarding the numbers presented in the pie graph on page 2?

Me: Ummm, well I think they look really good.

:::pulling clementines out of BOILING water with cheap flimsy metal tongs one by one:::

Mr. Important Business Guy: So you think those percentages will work out ok for you?

Me: Yes, as long as they are what we talked about in the email I think they look like they SHIT!!!! (at this point, I dropped a very large clementine –that was literally boiling– onto my bare foot) Holy crap that was flippin’ hot!

Mr. Important Business Guy: ::talking over me:: Excuse me? Jessica? What did you say?!

…after that I spent the next 5 minutes apologizing and trying to explain what happened. I don’t think he ever understood what I was saying,  why I was boiling clementines, or why I had actually used the word flippin’ after my first choice of profanity. Either way, the deal is still on at this point and I’m pretty sure I’m never going to boil clementines ever, ever again…no matter how good this cake was. 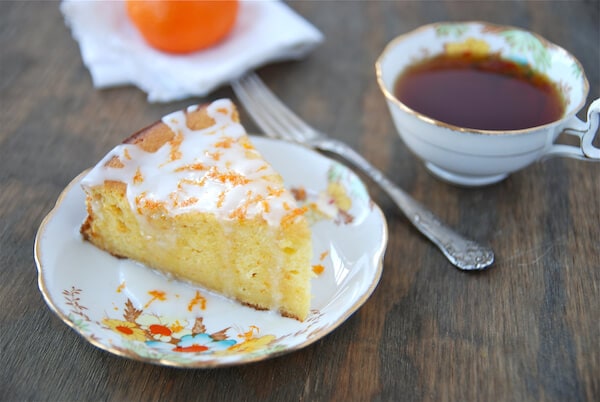 I loved this cake for many reasons. First, it went best with coffee in the morning. Any cake that demands to be eaten at breakfast time is my kind of cake. Secondly, I liked the complexity from the combination of the almond and clementine flavors. And third, I just like cake.

Recipe Note: I found this cake to taste better on the second day…but it still tasted great on the first day as well! 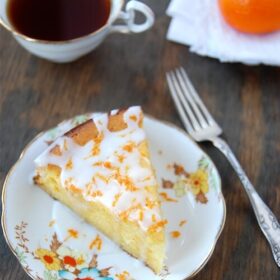 Place clementines in a large pot with cold water to cover, bring to a boil, and cook for 2 hours. Adding additional water to keep clementines covered, as needed. Drain clementines and allow to cool completely. Once cooled, cut each clementine in half and remove any seeds (all but 1 of my clementines was seed free). Then finely chop the skins, pith, and fruit in the processor.

Preheat the oven to 375°F. Butter and line an 9-inch springform pan with parchment paper.

In a stand mixer, beat the eggs on medium-high for 2 minutes. Add the sugar, almond meal, flour and baking powder and mix until combined. Add the chopped clementines and stir by hand to combine.

Pour the cake mixture into the prepared pan and bake for 30 minutes, and then loosely cover the top with foil. Continue baking for 15 to 20 more minutes, until a toothpick will come out clean.

Remove from the oven and let cool completely in the pan on a cooling rack. When the cake is cold, remove from pan and transfer to a serving platter.

In a small bowl, whisk together clementine juice and powdered sugar until smooth. Drizzle the glaze on top of the cake and serve immediately. Or store in an airtight container for up to 5 days.