Donut French Toast: repurposing stale leftover donuts into a delicious breakfast recipe by soaking donuts in a custard mixture and griddling them on the stove! 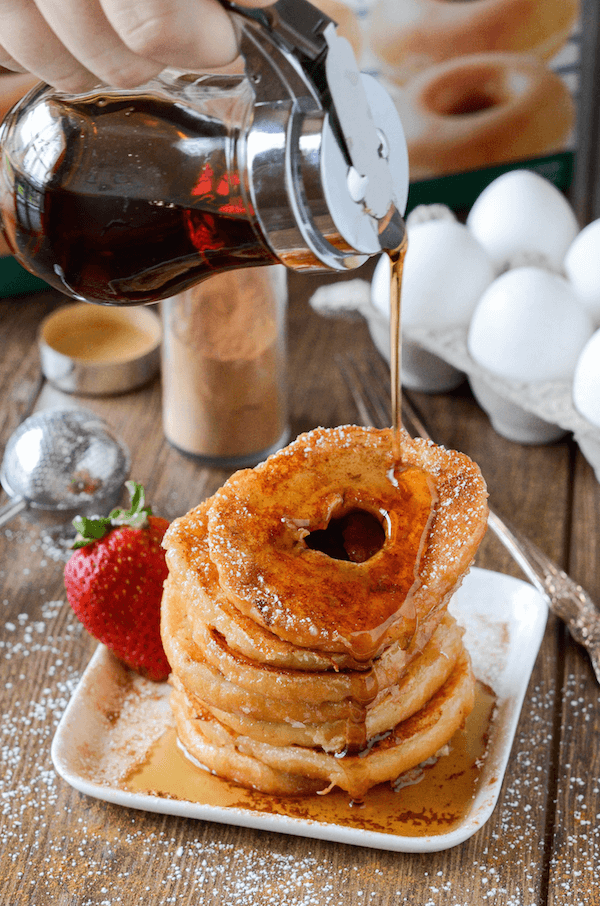 Yup, you read that right – Donut French Toast! And yes, it’s absolutely as glorious as it sounds.

I promised myself I would only have a couple of slices, but ended up eating way more than I meant to.

This is the perfect way to use up any leftover donuts, so much better than just throwing them away! 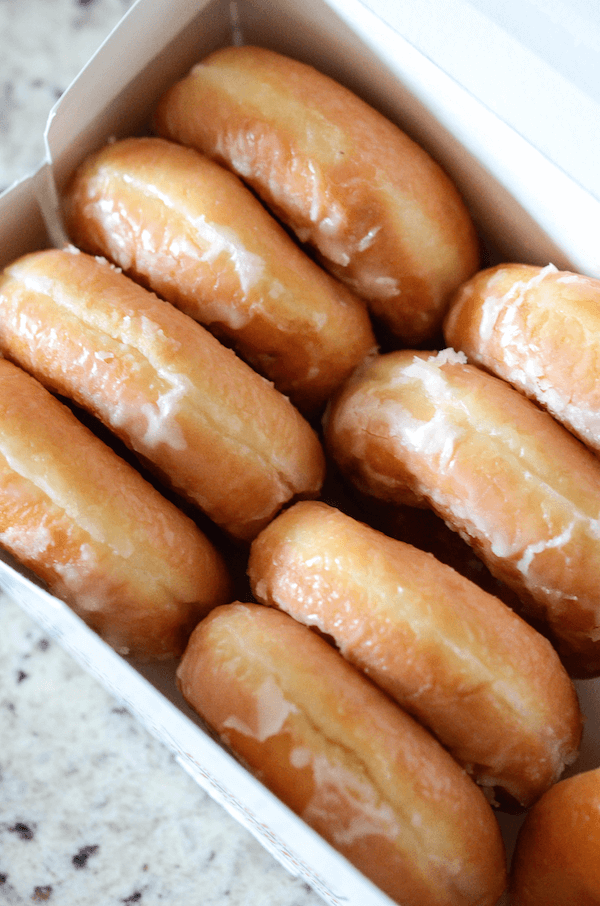 I made a quick run to the grocery store Saturday morning for some bacon and eggs for breakfast and everything else we needed for the week.

I tried really heard and only got the things on my list…until I made it to the checkout line.

I fell hard for all the fresh Krispy Kreme donuts lined up ready to be taken home. They were fresh, warm and smelled so good!

I quickly shoved a box into my shopping cart and ate one on the drive home.

And then I shared another one with the girls when I made it home. You guys….I have zero self control when donuts are nearby.

The next morning I woke up and found the box of donuts on the counter. Stale.

I almost made my favorite Donut Bread Pudding with Buttery Rum Sauce, but then Jorge gave me the idea to use them to make french toast.

He said we always use stale bread to make french toast, why not use stale donuts? That man is brilliant I tell you!

I sliced them in half so they could soak up the custard mixture and started cooking.

I then topped them with a little extra cinnamon, a dash of powdered sugar and a healthy dose of good maple syrup.

We seriously devoured every single slice of these Donut French Toasts. There wasn’t a bite left! 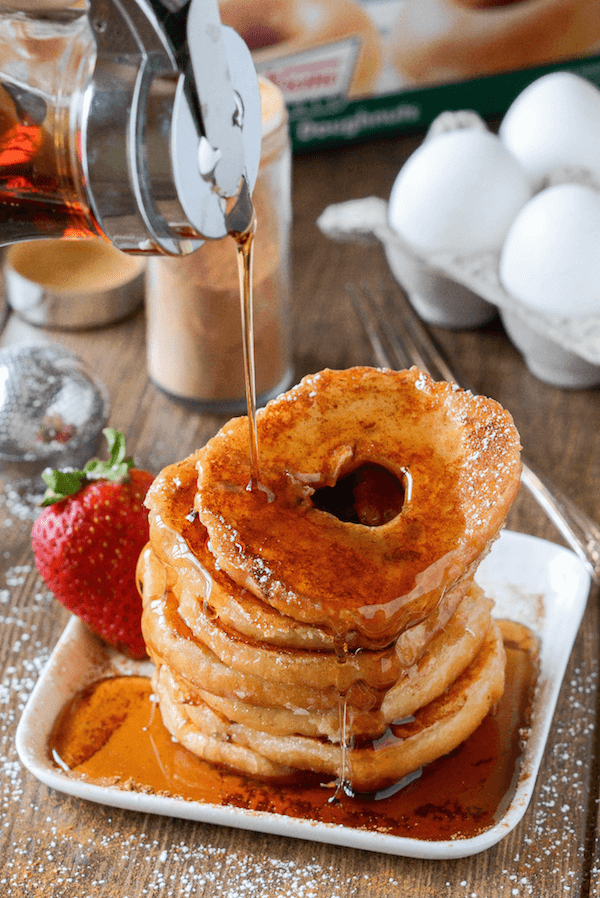 So the next time you find yourself with some stale donuts on hand, you have to try out this Donut French Toast!

It’s definitely different than the Cuban Bread French Toast we usually make, but I really like switching it up.

Plus, I love having a way to use up the leftovers from another meal. I hate throwing away food!

I hope you enjoy this Donut French Toast as much as we all do!