My kids had an amazing time munching on their Voodoo Donuts! Check out their donuts of choice and the cute pictures of them digging in! 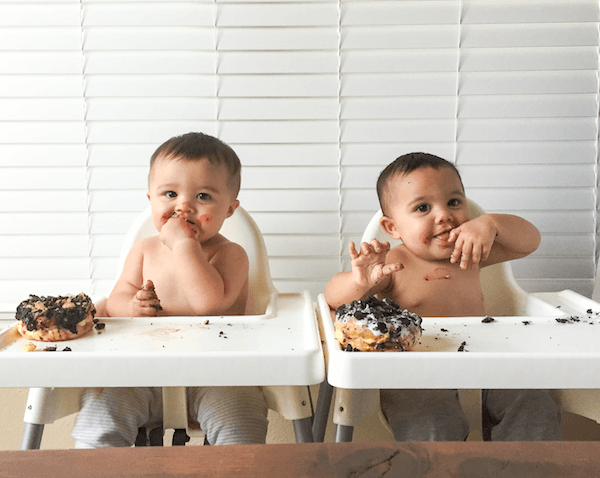 Ellie and Lyla Versus Voodoo Donuts

Jorge was gone this past week in Portland for work. Which means it was me and the munchkins all alone this week. Thankfully my parents come help when they can, but it’s still a heck of a week when he’s gone. Plus, I got sick…I have always had such impeccable timing.

So as a surprise, Jorge stopped by Voodoo Doughnuts in Portland as a surprise for us. I have ALWAYS wanted to try their doughnuts but have never made it to Portland. 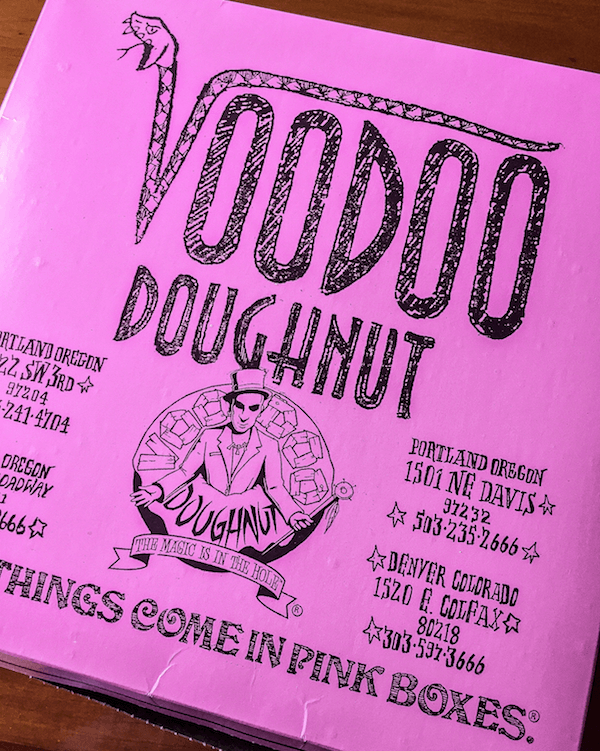 On his way to the airport, Jorge stopped and grabbed a box of “The Voodoo Dozen”. He sent me a picture and I couldn’t wait for him to land at midnight — with the PERFECT midnight snack!

However, his flight was delayed due to weather. Then he got stuck overnight on a layover in Denver. Caught a 5am flight out of Denver and then got stuck on a second layover with a delay in Nashville.

By the time Jorge got home (24 hours later than he should have been home), our Voodoo Doughnuts were sadly not soft  pillows that I wanted to faceplant into.

Jorge also admitted to accidentally dropping the box upside down going through security…and bribing a flight attendant with a doughnut trying to get home sooner. 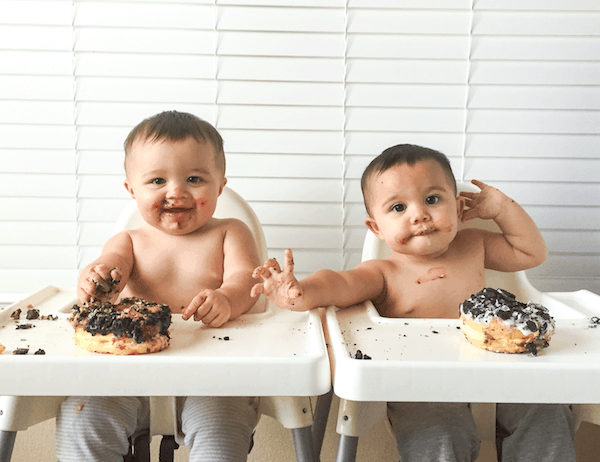 In spite of all of that, these little ladies were THRILLED to discover what was inside that big pink box. They didn’t care if they were stale, dropped or bartered. They just wanted their doughnuts! 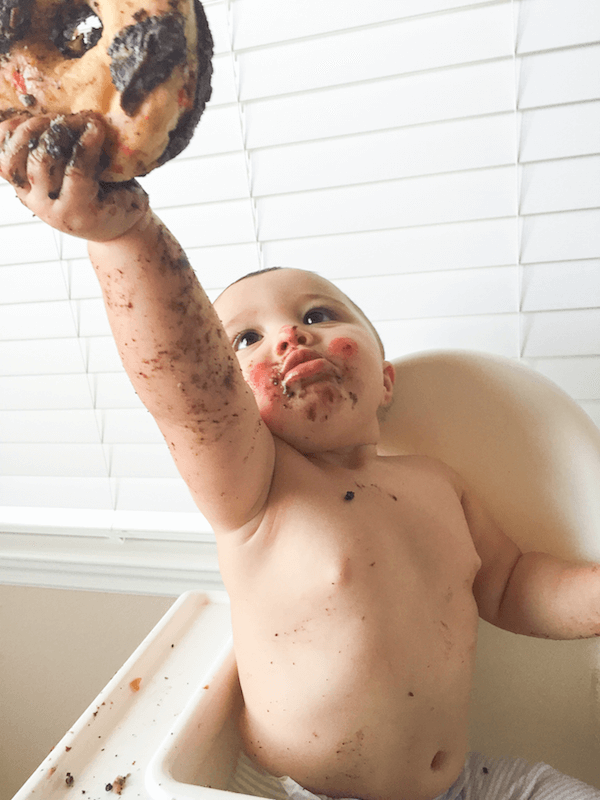 “Someday, this will all be yours, Doughnut!”

Lyla loved them so much she even gave them The Lion King treatment. 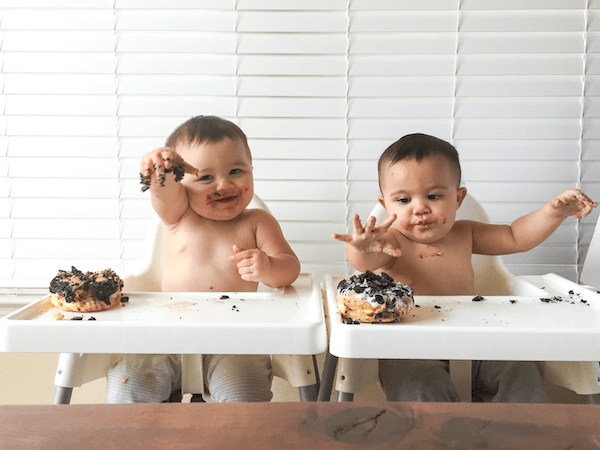 I mean, come on! Look how happy they are! 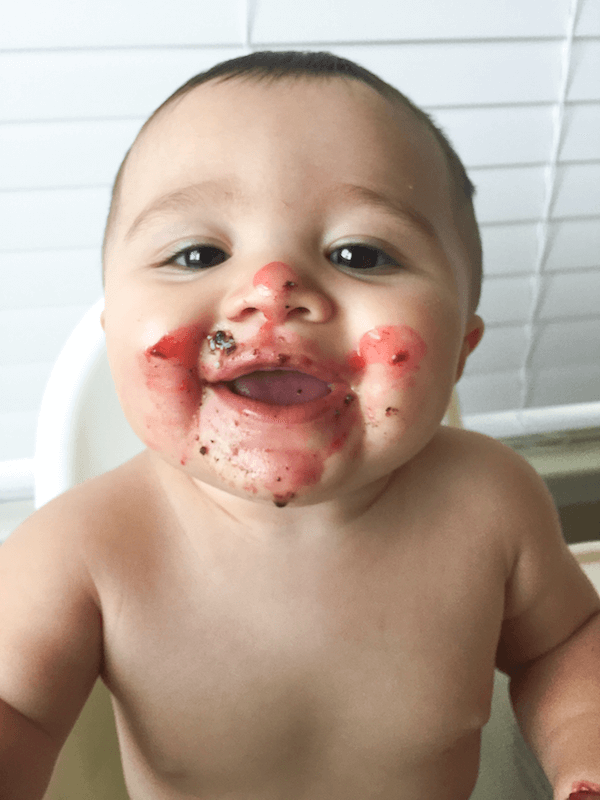 P.S. Yes, that jam totally stained her face. And she still smells like strawberries. 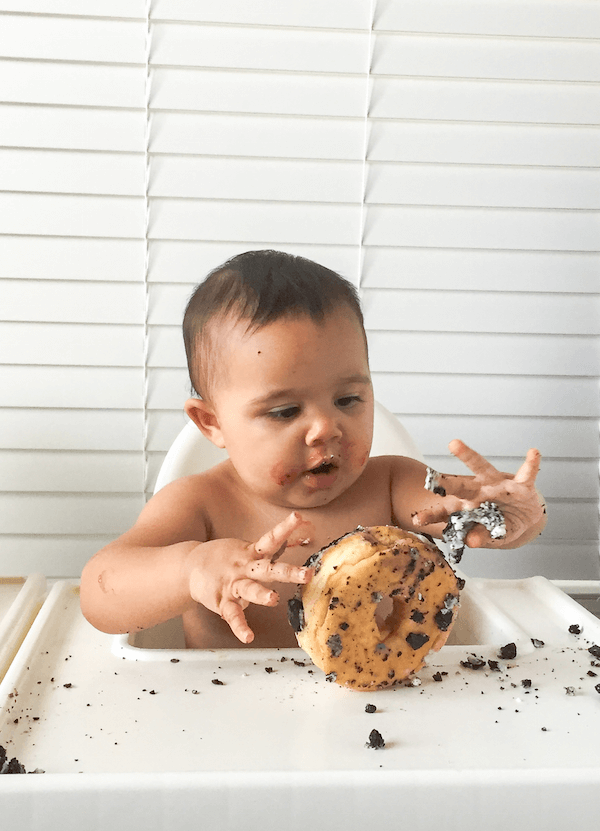 What you can’t see? Brody (the dog) running around grunting like a pig sucking up every morsel that dropped. 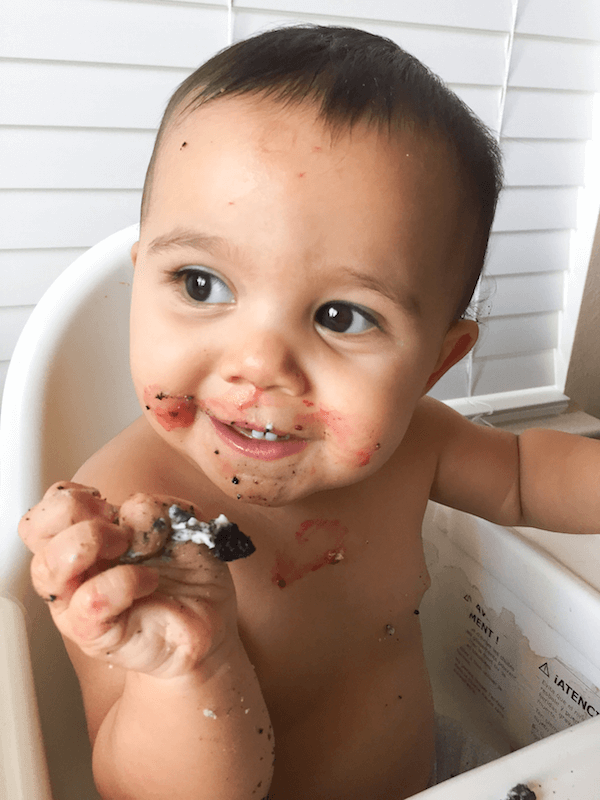 I even found some later under Ellie’s armpit. I’m pretty sure she was hiding it for her own midnight snack later. 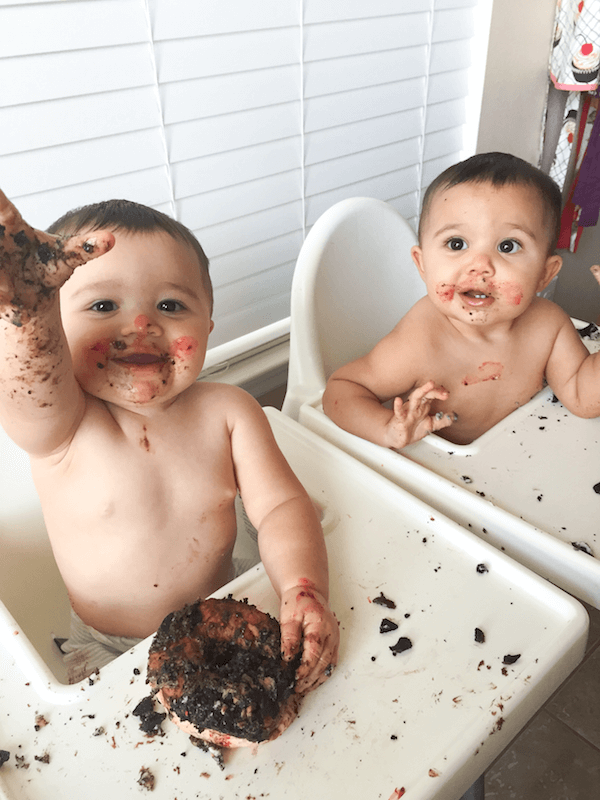 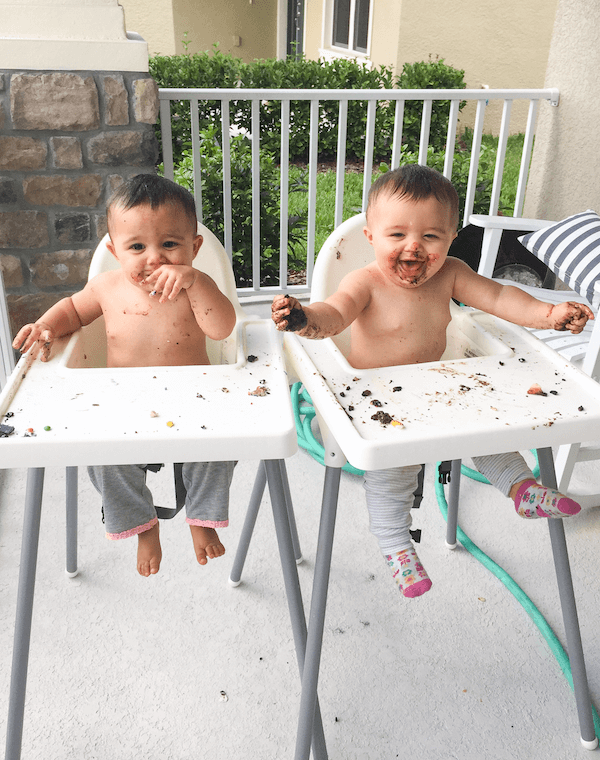 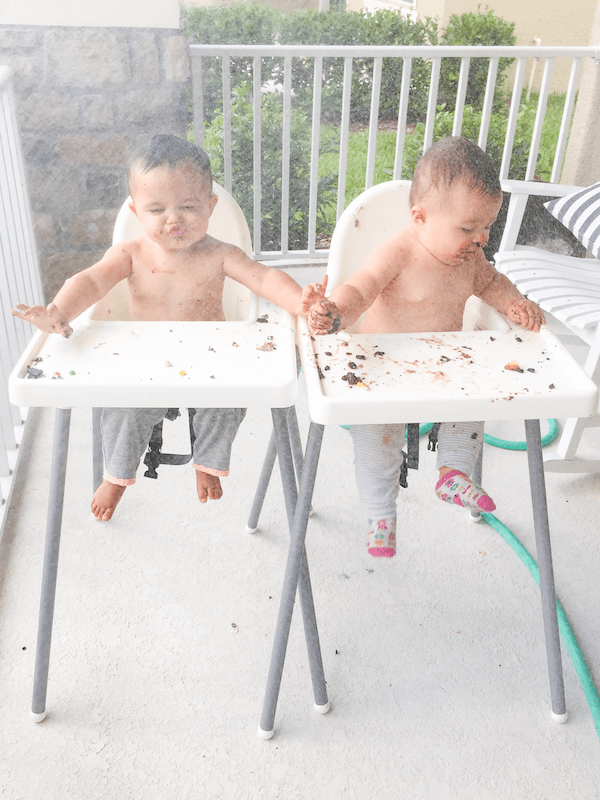 And in typical klassy Florida fashion, we hosed the girls down right there — high chairs and all — on the front porch. 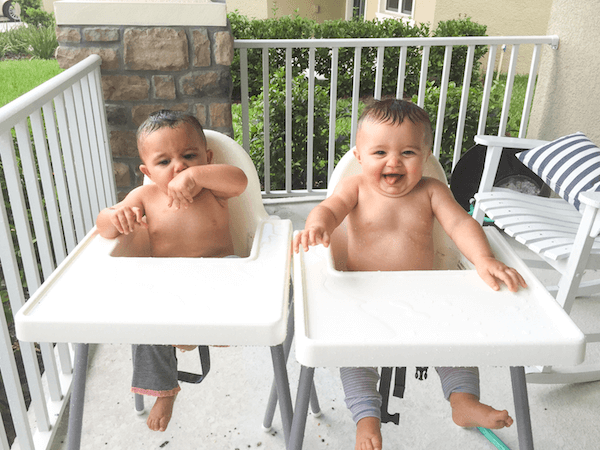 And like it never happened, we had shiny clean babies all over again. Here’s hoping we get another chance to try the famous Voodoo Doughnuts again…and this time they are fresh. ;-)