These Healthy Dr. Pepper Brownies are made using boxed brownie mix for an easy dessert recipe! With a flaky crust and wonderful fudge-y taste. They are in-between a cake and a fudge brownie and are perfect with a dallop of cool whip!

For more brownie recipes, take a look at these Chocolate Zucchini Walnut Brownies and this Chocolate Banana Brownies with a Peanut Butter Swirl recipe. You’ll be happy you did! 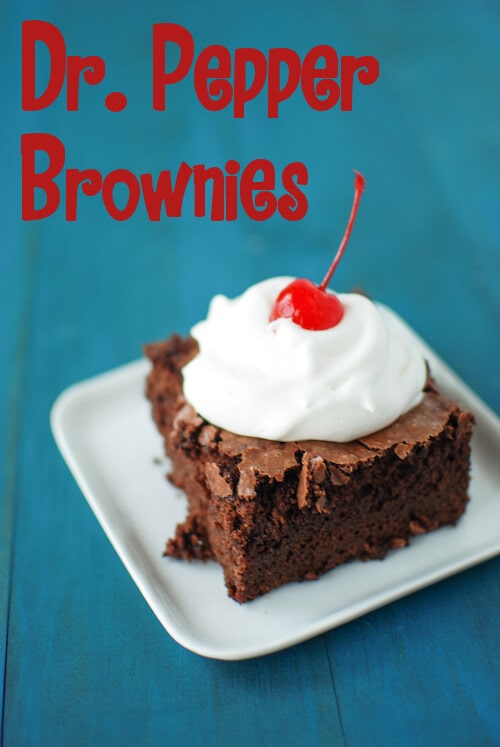 I bought a box of low-fat brownie mix. Is that even a real thing?? According to Miss Betty Crocker, it totally is.

I was wondering through the aisles of Target and I spotted a mountain of boxes of low-fat brownie mix on clearance. Obviously there is a reason it was on clearance…”low-fat”. Who buys brownies and goes for the low fat? But I was determined to try them anyways…I can doctor up just about any cake mix with some added chocolate or sugar!

In the past my Mom has made a cake using a boxed mix and diet coke. She added a pinch of cinnamon and some cool whip on top and it was surprisingly pretty tasty. So I figured it would probably work with brownies too! My first batch was a disaster, but after I got the amount of ingredients right and added an egg…perfection! 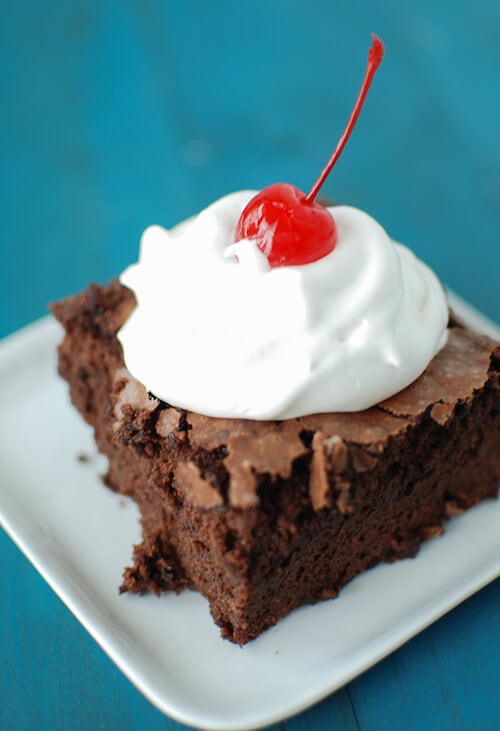 How To Used Boxed Brownie Mix For This Recipe

I was so happily surprised with the results! With only 4 ingredients, these brownies are delicious! Sure, they came from a box. If that’s not your thing, judge away. But if you like an easy dessert with a fun twist, these are the brownies for you.

They still had the flaky crust that I look for in a good brownie and they have a wonderful fudge-y taste. They are in-between a cake and a fudge brownie and are perfect with a dallop of cool whip! 🙂

While they are still considered a little high on the calorie side (265 calories per brownie) to be considered Ass Friendly, I am adding them anyways. They may be a little higher than you would want, but the taste makes up for it! They have a dense chocolate cherry taste that satisfies and makes them way better than a 100 calorie chocolate-ish brownie that just angers your inner sugar demon.

Bake for 40 to 45 minutes, or until a toothpick inserted in the center comes out with only a few crumbs clinging to it.

Serve plain or with a spoonful of low fat whipped cream and a cherry!