I first had cinnamon ice cream when I was waitressing my senior year of high school. I had never actually had it before then, but it was true love at first bite. It probably doesn’t hurt that it was buried under churros and caramel sauce either. 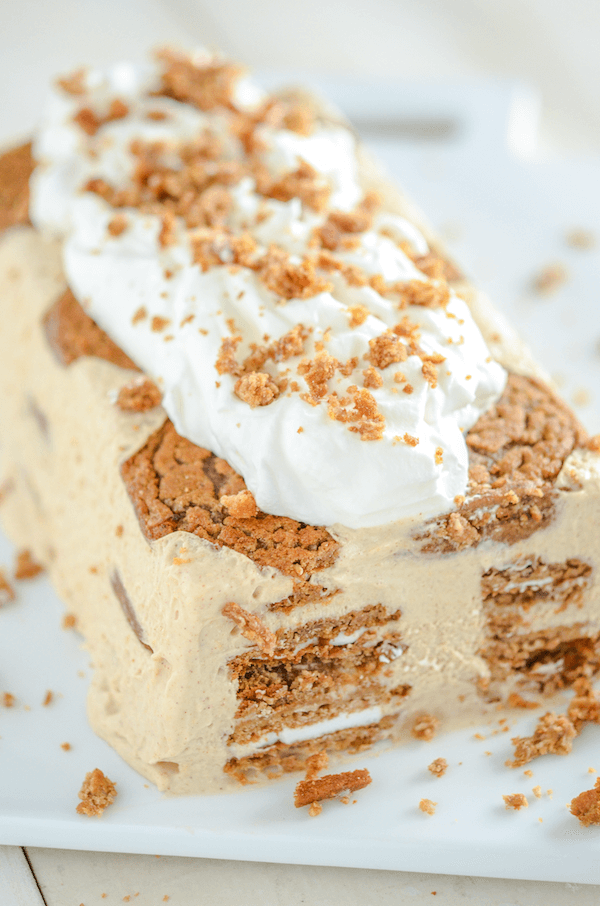 So when I found myself staring down a carton of heavy whipping cream about to go bad, I knew exactly what I wanted to do with it. Cinnamon Ice Cream: custard style — so it’s extra creamy. 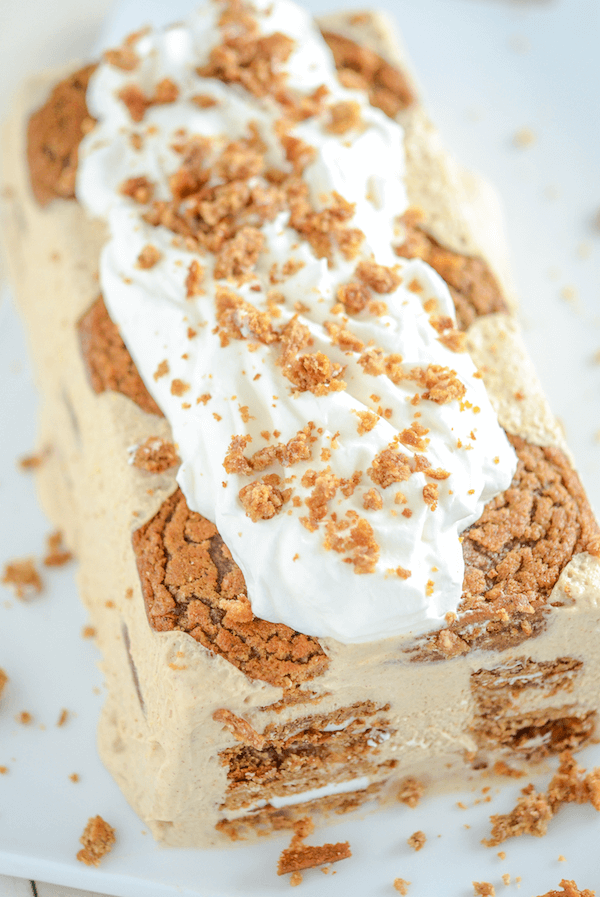 Jorge and the babies gobbled this ice cream cake up so fast that I barely got a slice myself! …that just means I have to make it again soon. 😉

If you aren’t up for making your own ice cream, you can also buy a carton of ice cream and let it soften on the counter. Then just follow the steps for layering the ice cream and oatmeal creme pies. If you do that — it turns this recipe into a two ingredient cake!

In a large saucepan over medium heat, stir together the sugar and half-and-half.

When the mixture begins to simmer, remove 1/2 cup of liquid and place in a bowl. Quickly whisk in the egg yolks and then pour the egg mixture back into the saucepan, whisking constantly. Stir in the heavy cream.

Continue cooking over medium-low heat, stirring constantly, until the mixture is thick enough to coat the back of a metal spoon. Remove from heat, and whisk in vanilla and cinnamon. Set aside to cool.

Line a 9×13 loaf pan with wax paper. Place a layer of the oatmeal creme pies in the bottom of the wax paper lined loaf pan. I did one whole cookie on one side a half a cookie on the other – so each layer had 4.5 cookies.

Spread about one third of the ice cream over the cookies. Repeat sequence twice more until you’ve built 3 layers of each.

Gently press a layer of wax paper over ice cream cake to seal. Cover with plastic wrap and place in freezer until firm, about 2 hours.

Optional: When ready to serve, top with layer of whipped cream, and crumbled oatmeal creme pies.