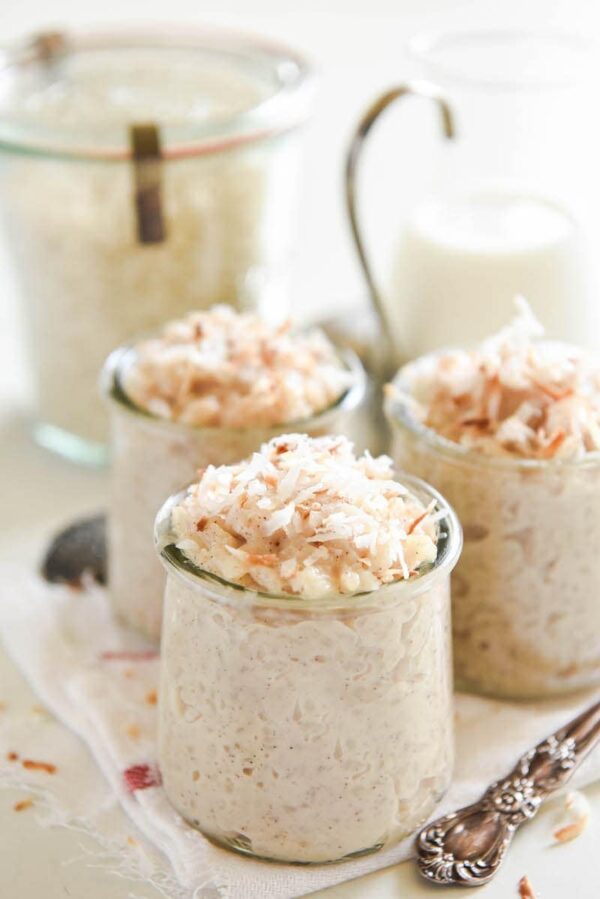 Last month we headed out on another amazing Disney Cruise as part of the Disney Social Media Mom’s Conference (#DisneySMMC).

We had such an amazing family trip, just as much fun as we had last time, and proceeded to eat everything in sight.

In particular, I came home dreaming about their Coconut Rice Pudding we found in the buffet line on the ship.

We all loved it so much, that we all went back for second helpings! 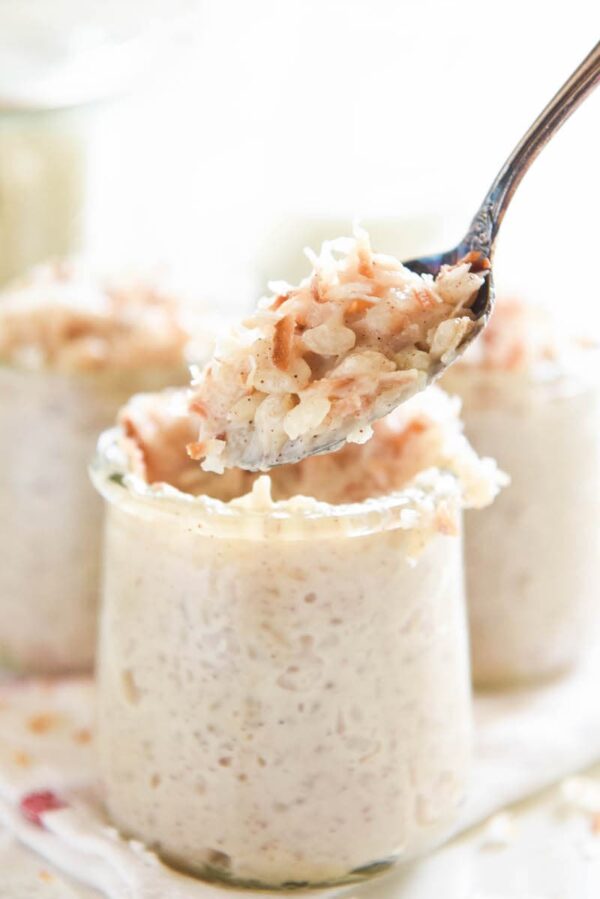 When we came home, I immediately reached out to the wonderful people at Disney and begged for the recipe.

Thankfully, they were happy to share! The recipe sent to me was made to feed 658 people! It included 1,104 cups of milk!

So after a few hours of math (whew!), I whittled it down to a more respectable serving size for a family of 4. 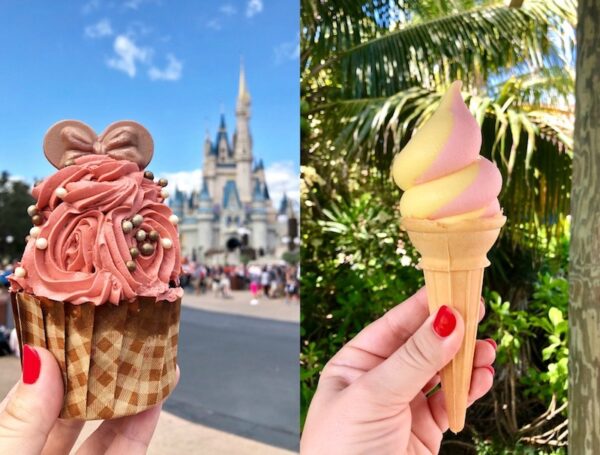 The Rose Gold Cupcake above and Strawberry Banana Cone (on Castaway Cay!) were my other two favorite desserts from our trip.

We found the Rose Gold Cupcake at the Main Street Bakery in Magic Kingdom and it tasted even better than it looks.

It’s two cupcakes in one (there’s a hidden mini cupcake under all that frosting!!) and the inside is a super moist red velvet and vanilla swirl cake!

The Strawberry Banana Cone can only be found around the beaches of Castaway Cay, Disney’s private island. Every year we have gone, they have different flavors.

The Strawberry Banana combo has been my favorite flavor yet! It’s so refreshingly fruity on a hot beach day.

Pro Tip: If you happen to visit Epcot instead of Magic Kingdom, I found a Rose Gold Cupcake there as well last weekend! 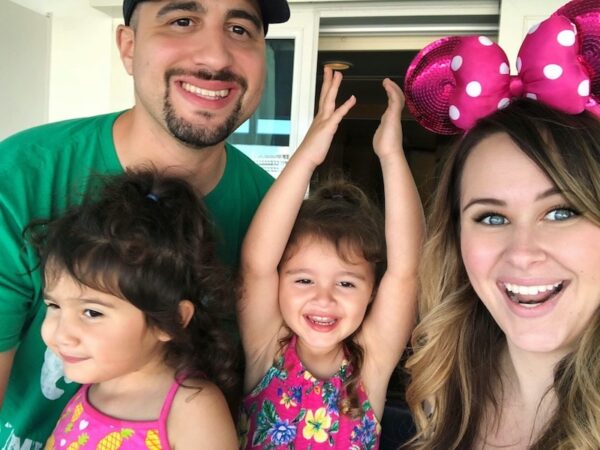 The girls really were SO excited to go on “Mickey’s Boat” this year! Something about being a year older (they are 3 1/2 currently) made all the difference.

Yes, they had a BLAST last year, but this year they were more understanding of what was going on.

We got the call on the way to the ship from Mickey inviting us to join him on the cruise and they could not contain their excitement!

You get to set the date/time of the call to coincide with your schedule. It really set our trip off on an exciting note. 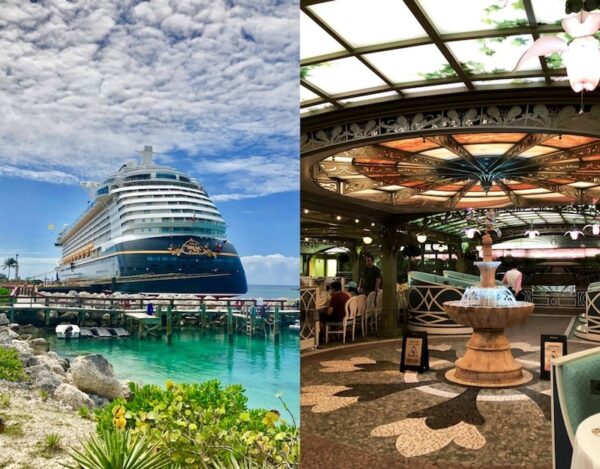 This year we cruised on the Disney Dream and well, it was a dream. Don’t laugh, I know I’m corny.

The ship is incredible and so well thought out. We never felt too crowded and could always find something fun to do.

We enjoyed all 3 of the dining rooms immensely, but our favorite was the Enchanted Garden (pictured above on the right).

On Saturday, we made use of the free Disney Oceaneer Lab (which the girl’s LOVED) and had a date night.

We had dinner and then went to see the onboard movie, Black Panther. The kids had a blast and we didn’t feel guilty at all for taking a night away just the two of us. 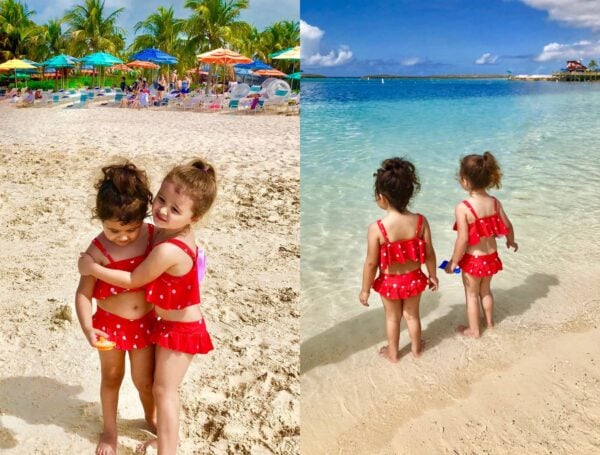 The final day of the cruise was spent on one of our favorite places, Castaway Cay. Just look how gorgeous it is!

I wish Disney had a hotel there, we’d stay for a week! It’s such a beautiful island and there is so much to do!

Bike riding, snorkeling and sand castle building were high on our lists this year.

Next time we think we will pop the kids into the Oceaneer Lab (also located on the island) and visit the adult only beach. 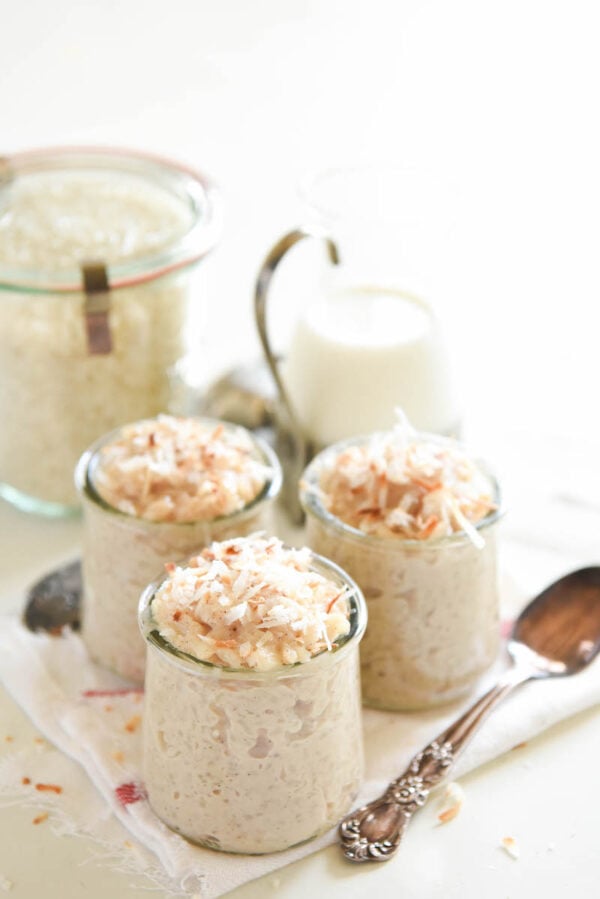 After our day at Castaway Cay, we popped back onto the boat for a late lunch.

That was when we found the Coconut Rice Pudding!

We all love rice pudding already, but the coconut really made it extra special. 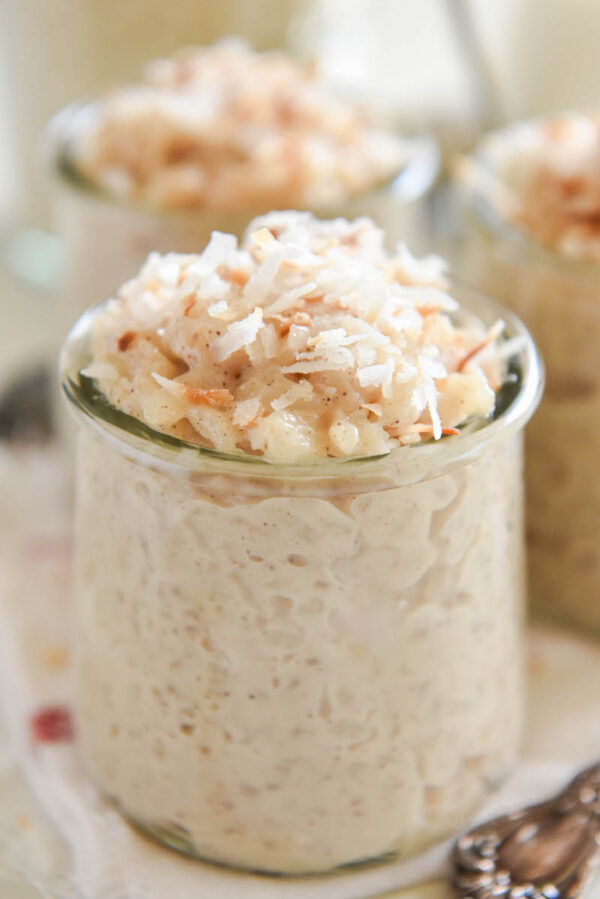 This recipe is very easy to make on the stove top and uses four different forms of milk to keep it extra creamy!

I followed the recipe as closely as I could to the exact recipe Disney sent to me from the ship.

Their recipe used a steam kettle and massive quantities, so I did have to improvise a little!

If you have been on a Disney cruise and had this amazing Coconut Rice Pudding, you will notice one thing I did add. Shredded Coconut!

It is 100% optional, to add it or not, but I do think it adds a little extra pizzaz to the recipe!

If you liked this post, you will also want to check out my tips for Disney Cruising With Toddlers! i.e. how to survive a cruise with twin 2 year olds. ;-)