0
You have 0 items in your cart
Go To Shopping
Pin It!
Save
SUBSCRIBE
Save Recipes Shop
Save Your Favorites!
The Novice Chef » Recipes » Desserts » Cake » Best Banana Cake
Jump to Recipe 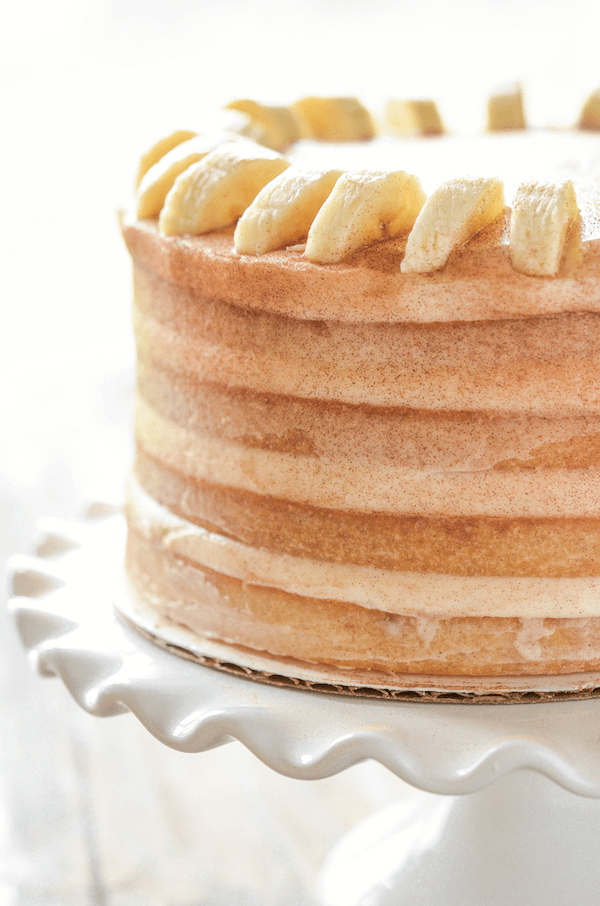 Ok, before I start in on my story about too much butter, I have to tell you that this is seriously The BEST Banana Cake Ever. Oh and it’s topped with cinnamon cream cheese frosting. So there’s that too.

Have you ever been making a recipe and accidentally added two times the amount of butter required? Well, I have now and it sucks. I was busy in the kitchen trying to get some recipes made and the girls were running around like crazy wolverines pulling everything off the counters they could get their hands on. Yesterday Lyla pulled an entire pizza down on her head. This new growth spurt was not in my favor…at all. 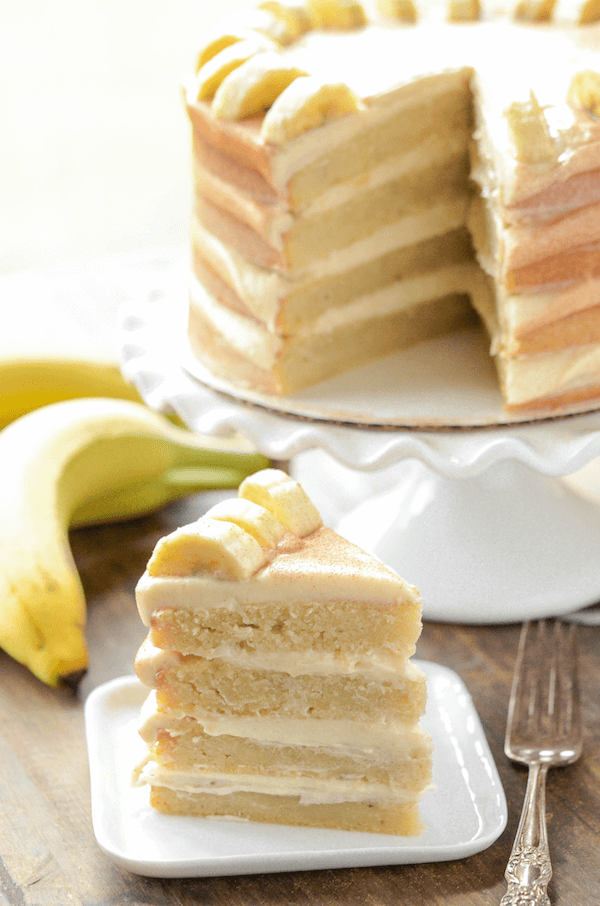 So while I was trying to wrangle the wild toddlers, I was also trying to bake this glorious cake. I glanced at the recipe I had jotted down and read 3/4 cup butter and just thought — ok, 3 sticks of butter. WHOA. More like, 1.5 sticks of butter.

Talk about a mess! I didn’t even realize what I had done until much later. The cake was oily and wouldn’t set up…and had a pool of butter that pooled on top of the cake. Baking while distracted is a recipe for disaster. (Please ignore that crappy pun, but it’s true.) 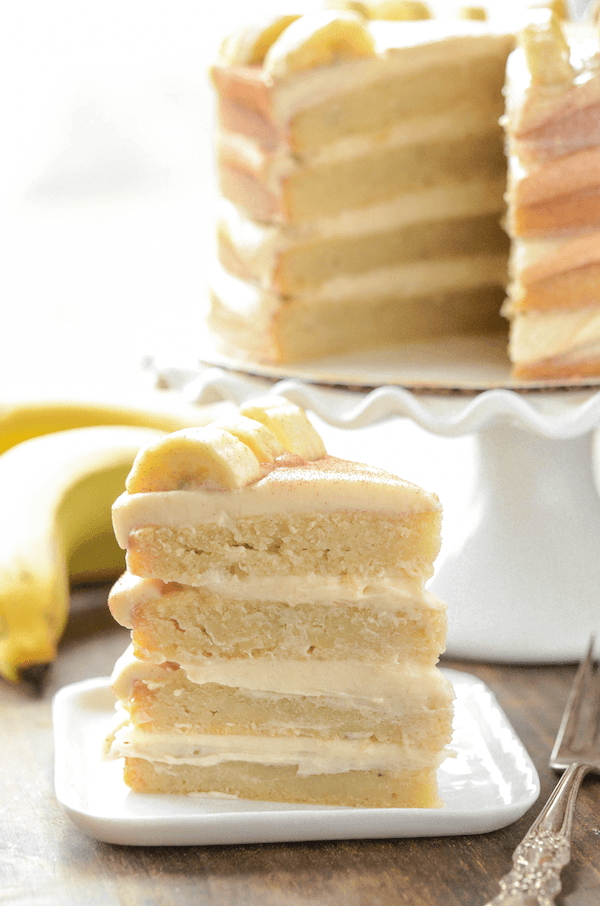 This cake is truly the Best Banana Cake ever. It is an old recipe from 2011 that I thought deserved a much needed update. It’s one of my all time favorite Dream Cakes and anyone who likes bananas will love it too. The banana flavor is just right — not too much and not too little. The cinnamon cream cheese frosting is the perfect accompaniment.

Since I made it in a bunch of thin layers, it doesn’t look as fluffy as it really is, but trust me it is FLUFFY. And super moist. If you haven’t made this recipe before, it’s time to try it! Skip the peanut butter chocolate chip banana bread this time (even though it’s soooooo good too) and try out this Banana Dream Cake!