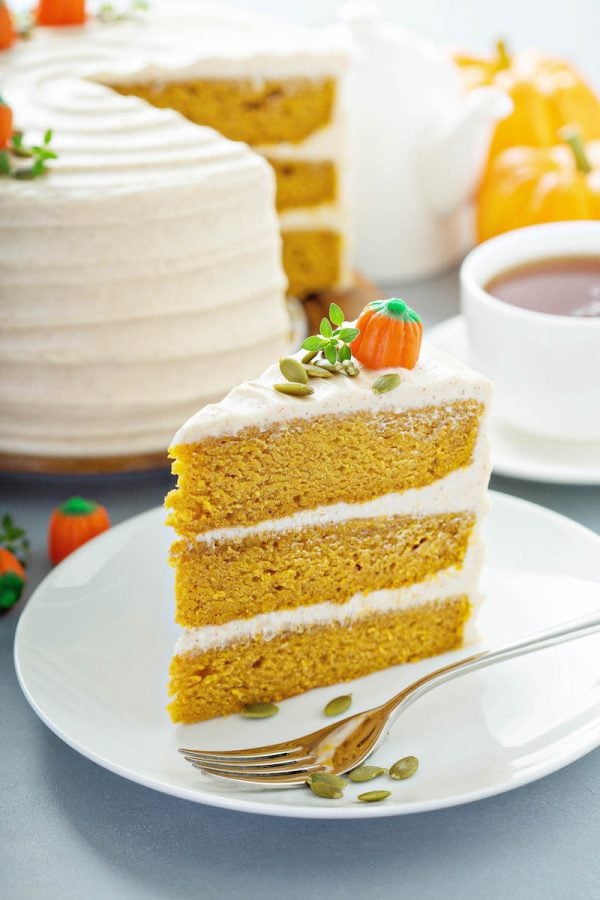 This gorgeously stacked cake is the BEST PUMPKIN CAKE YOU WILL EVER EAT.

This is an old tried and true recipe — just read all the comments or photo reviews on pinterest.

This Pumpkin Cake is perfectly spiced, extra moist and coated in a sweet cream cheese frosting. It’s seriously the best!

But it’s been six years, so I figured it was time for a little tune up. We have some new photos and a recipe video!

I promise I haven’t changed a thing to the original recipe! This pumpkin cake is just as perfect as it always was. 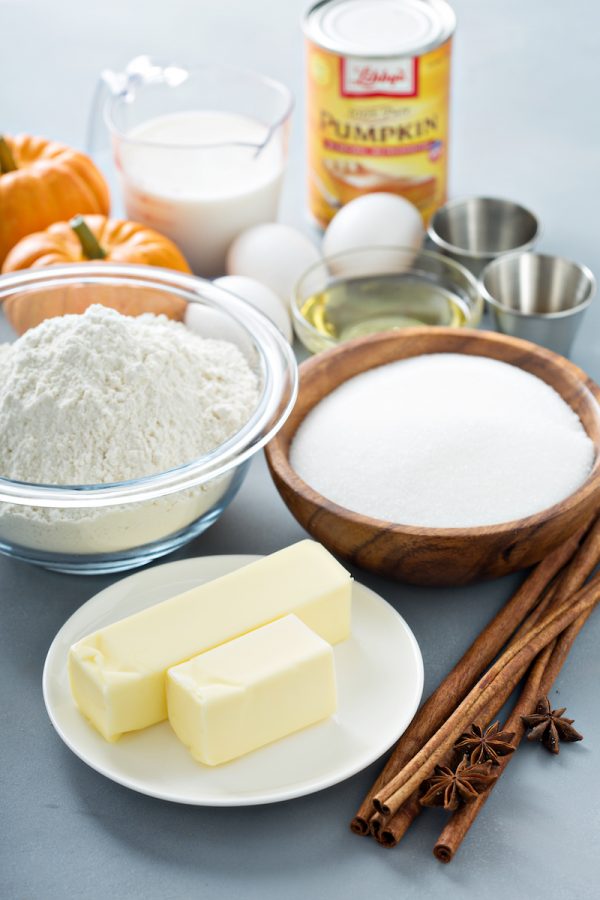 There are a few important ingredients needed for this pumpkin cake recipe to be a success.

Like most pumpkin baking recipes, you want to use pure canned pumpkin puree — not pumpkin pie filling.

This pumpkin cake recipe uses an entire 15 oz can of pumpkin, so no worries about wasting or having any leftovers!!

Also, I like to use pumpkin pie spice as it’s a great combination of ground cinnamon, nutmeg, ginger, cloves and allspice.

However, you can substitute it with plain cinnamon if that is what you have on hand.

If you are against oil in cakes, you can substitute apple sauce in its’ place. However, know that the cake texture will be fluffier. 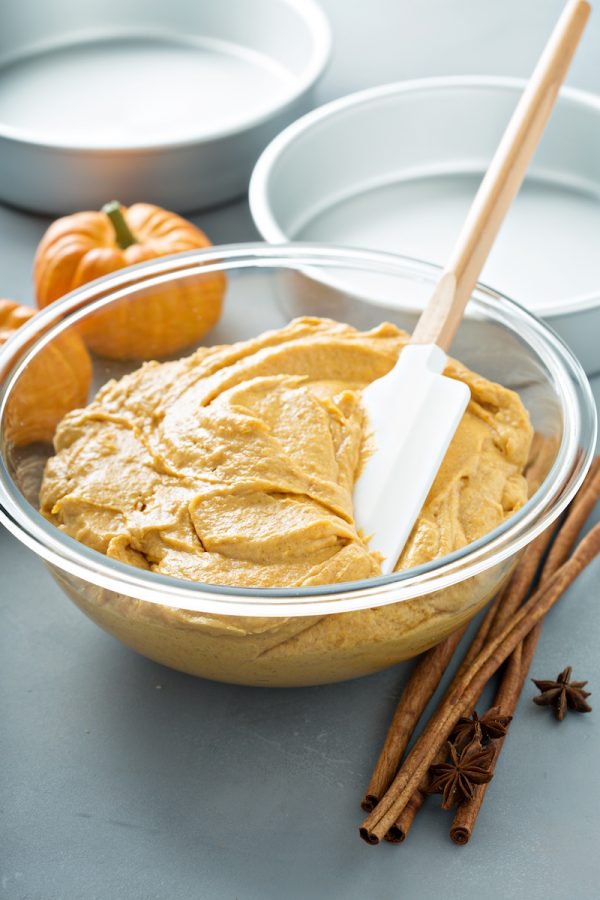 Unlike traditional cakes, this pumpkin cake recipe is baked at 300°F.

Baking a cake at a lower temperature slows the rapidness of the leavening, which prevents a tall dome from forming on your cake.

It also keeps the cake extra moist since it doesn’t rise too much or too quickly.

Second, as soon as these cakes come out of the oven, pop them into the freezer.

This helps to stop the cooking process much quicker and keep the cake moist. 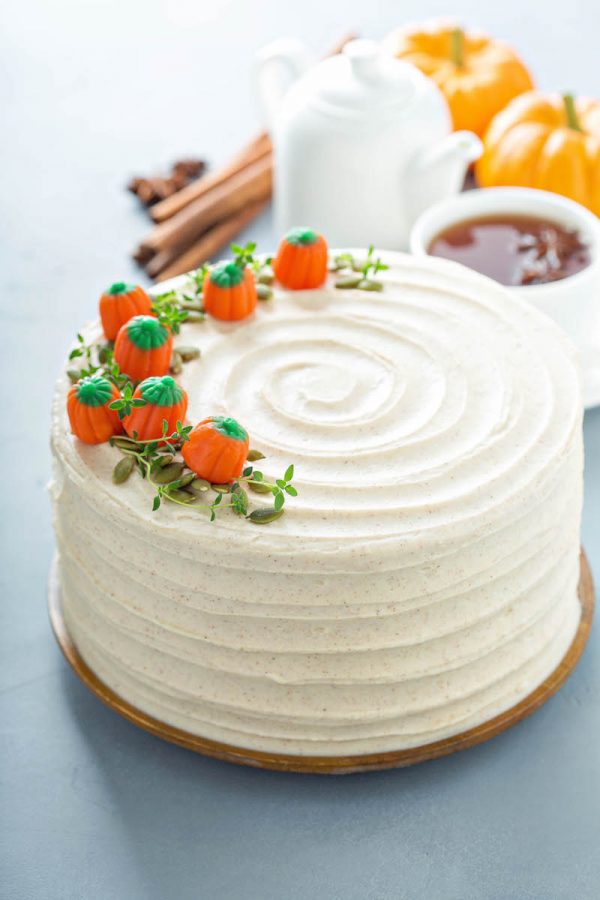 For the frosting, I added a quick cream cheese icing that is flavored with cinnamon, real maple syrup and vanilla extract.

Then you generously coat each thick layer with this cinnamon cream cheese frosting that is just so dang creamy.

When you put the cake all together, it is seriously the best pumpkin cake recipe EVER. I swear.

To create the swirls on the outside of the cake with the frosting, I use the round end of a rubber spatula and swirl it.

For the pumpkin patch/vine on the top of the cake, you need pumpkin candies, pumpkin seeds and fresh thyme.

Sprinkle the pumpkin seeds, top with a few sprigs of thyme and add on the pumpkin candies on top! 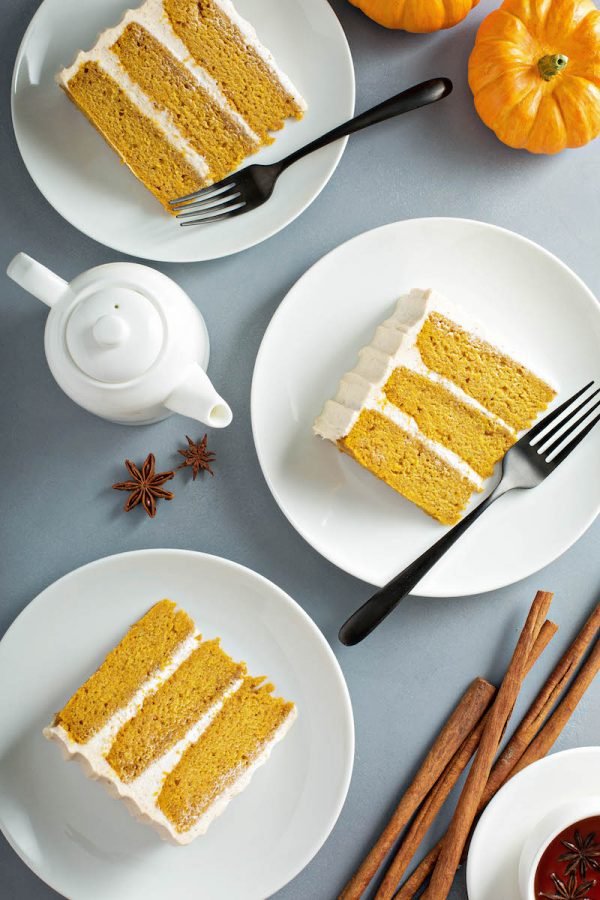 Can I make this pumpkin cake recipe into cupcakes?

YES! You can! It’s always a common question – can I make this recipe into cupcakes?? So I did it for you!

I love this cake so much that I have even made it into cupcakes: Pumpkin Maple Cupcakes with Cinnamon Cream Cheese Frosting!

However, I will tell you, I personally love the layer dream cake just a little bit more. It stays moist and has the perfect amount of frosting to cake. 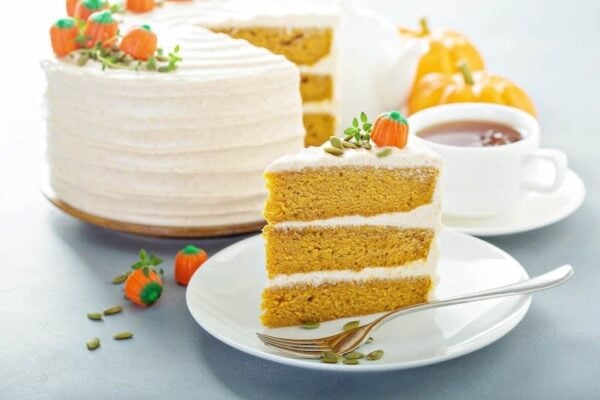 This Pumpkin Cake is one of my most popular pumpkin recipes ever. It is second only to my favorite Pumpkin Cream Cheese Swirl Muffins.

Then we frost it with a sweet cinnamon maple cream cheese icing to create the BEST PUMPKIN CAKE EVER.

Everyone comes back and makes it year after year for their families and that is the greatest compliment I could ever receive.

I promise everyone is going to LOVE it and beg for the recipe! 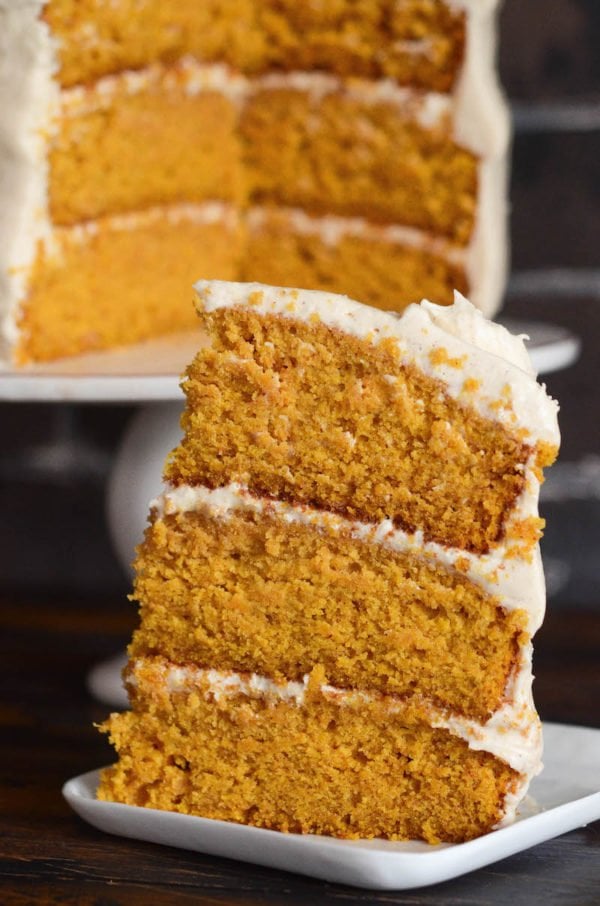 Here is the original photo for the Pumpkin Dream Cake! Just in case you came here from pinterest, this is the same recipe!

I updated the post in August 2018, but the recipe is still the exact same! 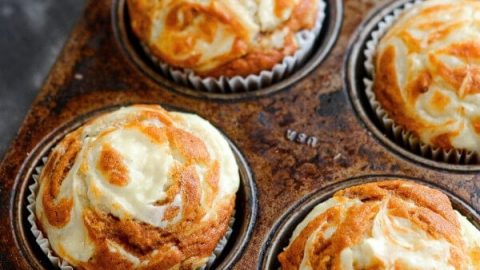 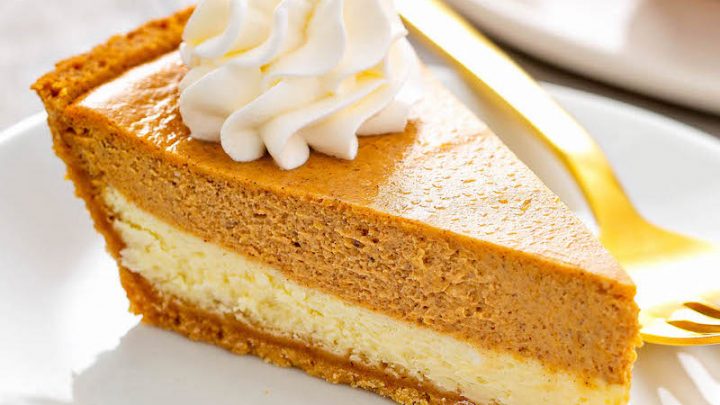 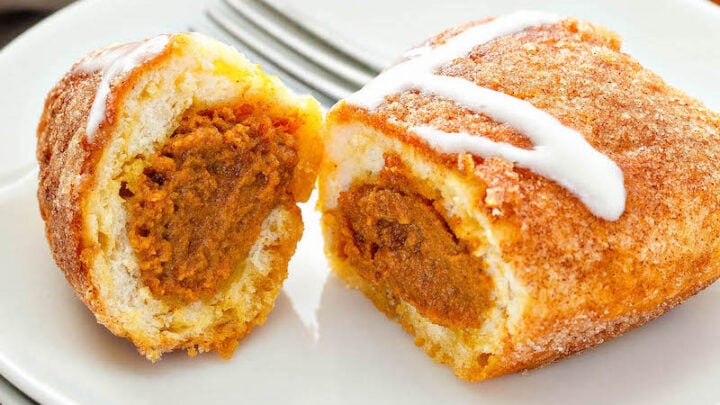 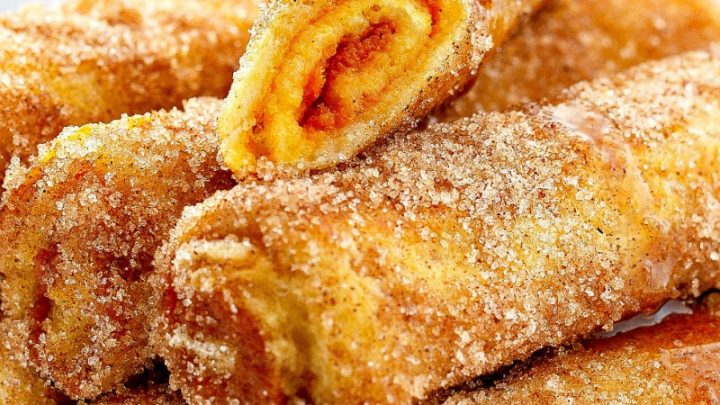 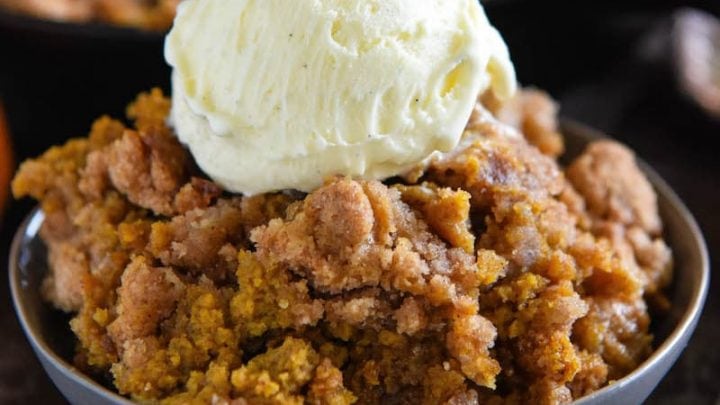 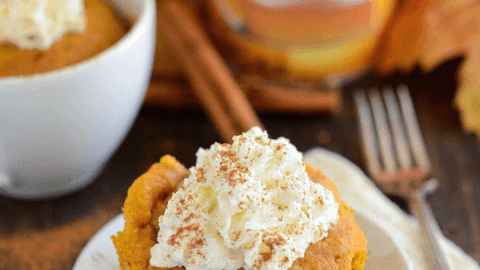 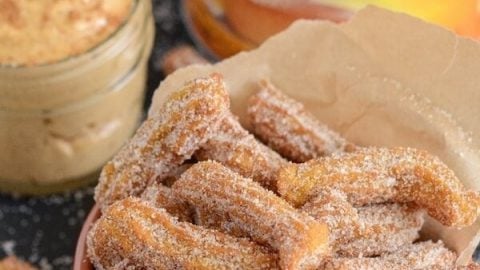 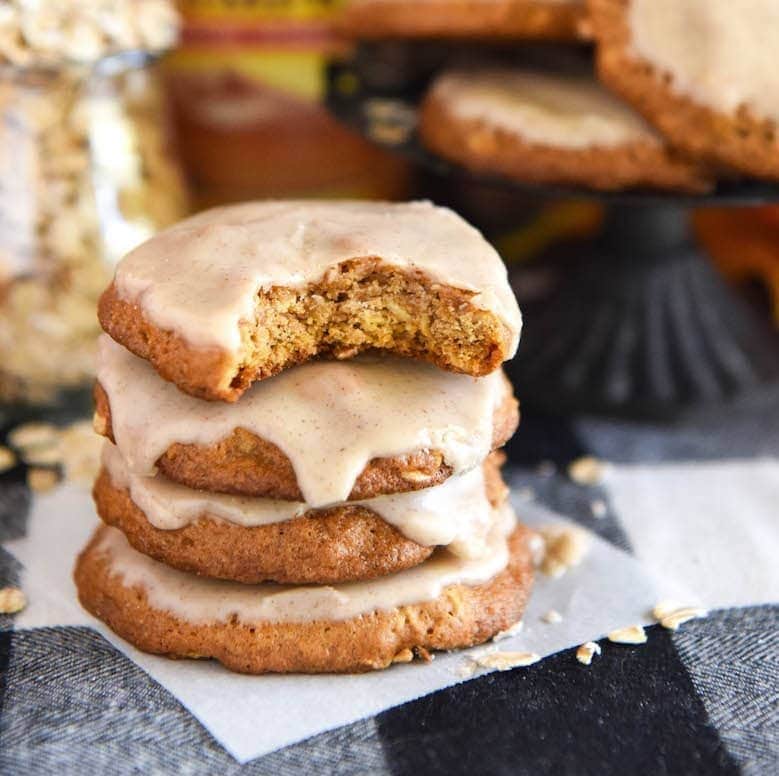