Pin It!
Save
SUBSCRIBE
Save Recipes Shop
Save Your Favorites!
The Novice Chef » Recipes » Desserts » Cupcakes » Root Beer Float Cupcakes 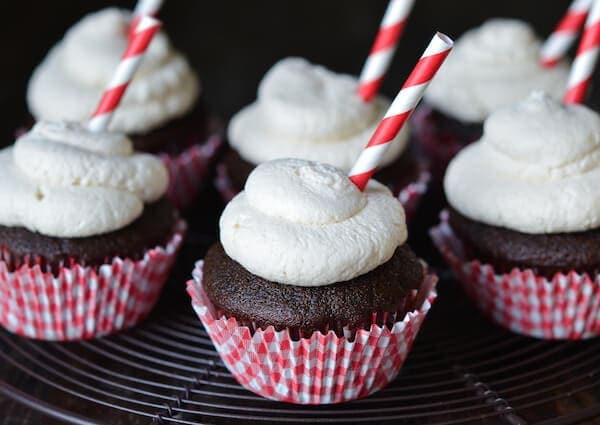 Recipe development is not always as wonderful as most people imagine it to be. My friends and family probably think I sit around eating cupcakes all day (which not gonna lie, somedays that does happen). But there are days where no recipe will work right, and you find yourself dreading tasting one more failed root beer dessert. That was what happened to me this week.

I knew I was going to do something dessert like with root beer, but I couldn’t decide what. So I tried Root Beer Float Popsicles. MAJOR FAIL. Then I tried a layer cake, but all it tasted like was chocolate – no root beer. Sure it was delicious (hellloooo, it was a chocolate cake — of course it was delicious), but it didn’t taste like rootbeer. 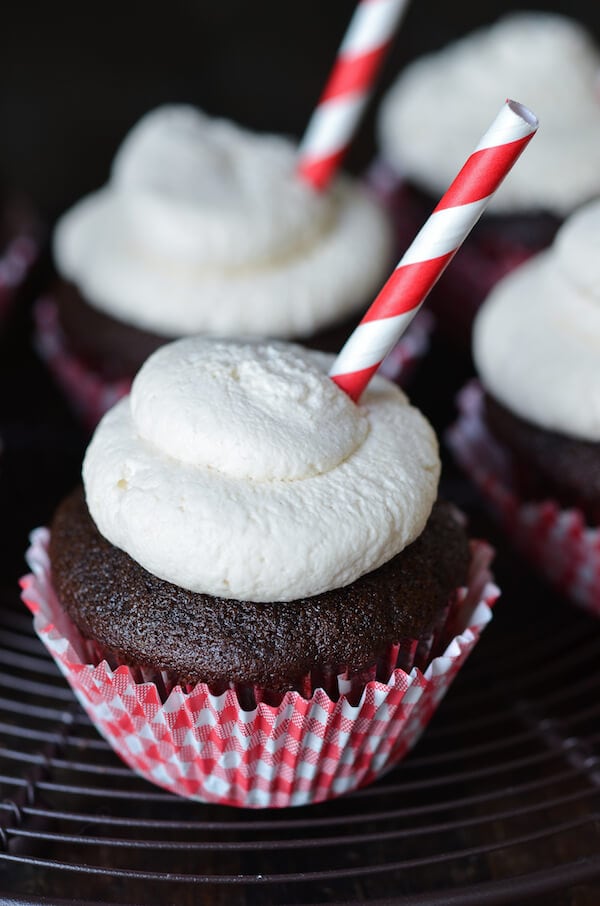 So I eventually found myself at the store buying the one item I hoped I wouldn’t have to buy…Root Beer Concentrate. And guess what, delicious Root Beer Cupcakes with Root Beer Whipped Cream came together in a glorious Root Beer Float Cupcake. 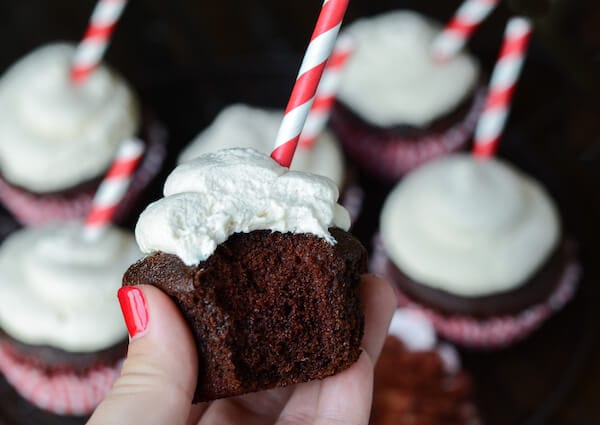 I did still include a whole 1/2 cup of real root beer in the cupcakes (which leads to a delicious fluffy cake), but the root beer concentrate makes the cupcake. You can find it in the spice section by the other extracts. It’s not expensive and is so worth the final product!

Head on over to Dixie Crystals for the FULL RECIPE: Root Beer Float Cupcakes