Are you ready for my new favorite dessert of 2019? Here it is! Truly epic Rum Apple Dumplings!

Soft baked apples spiced with cinnamon, wrapped in tender dough and a rich sweet sauce? Sign me up!

A few weeks ago I was making dumplings for a big family dinner and I decided to add some rum to them.

I soaked the apples in rum and then added a little rum to the sauce as well. WHOA.

There was not a single bite left in the house! You seriously must try this Rum Apple Dumpling recipe asap!

For the dumpling dough, I use store bought canned crescent dough.

I am going to be honest with you, I have tried making my own dumpling dough from scratch and I just don’t think it’s as good.

I see no point in going through all that work for subpar dumplings, when you can use crescent dough for excellent dumplings!

However, if you don’t have access to canned crescent dough, the next best thing would be trying a buttery pie dough.

Ok, it might not have won any awards besides those given away around my kitchen table, but this dumpling sauce really does deserve all the awards!

With ingredients like that, how could it not be beyond amazing?

I like to use a spiced rum, but you can also use a clear rum. However, I would not recommend using a flavored rum.

Let the flavors of the dish shine through just as they are, you don’t need any extra flavorings.

That doesn’t mean you won’t prefer whipped cream though! Try both and see which one you like best as a topping.

I think cold vanilla ice cream in contrast with the warm apple dumplings and sauce really is the perfect pairing.

It adds an overall richness to the dish that I just don’t think whip cream can bring.

This recipe is easy to whip up and will be sure to impress all of your guests. I assure you there will not be any leftovers of this dessert!

If you have kids joining you and are worried about the alcohol content, don’t be. It cooks off while baking in the oven!

However, if you are still a little nervous, you might prefer to make my Mountain Dew Apple Dumplings instead!

I can’t wait to hear how this Rum Apple Dumplings recipe turns out for all of you. Make sure and leave your review below! 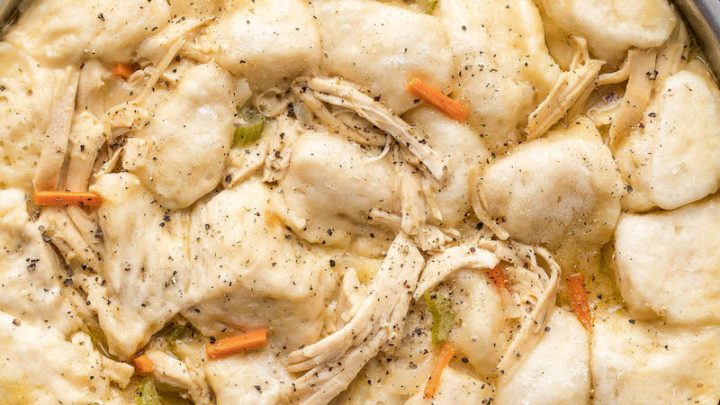 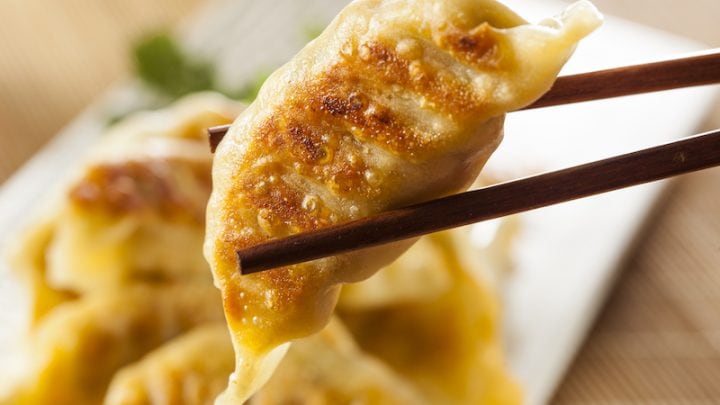 Chinese Dumplings (also commonly known as potstickers), are easy to make and taste so much better when you make them homemade! 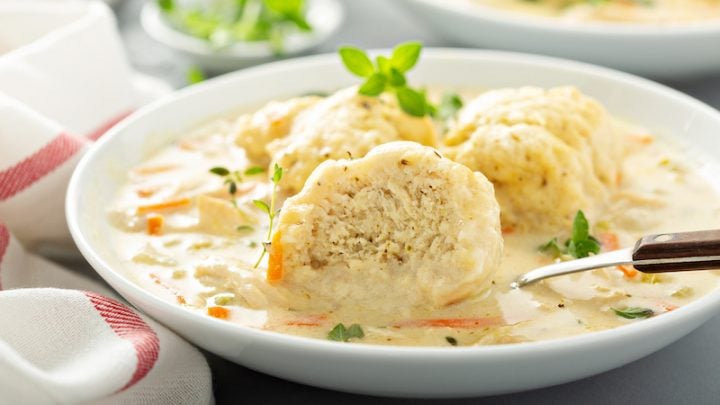 My family’s favorite easy chicken and dumplings recipe with big fluffy dumplings that are made from scratch in just minutes! Don't miss the secret ingredient to make it extra creamy! 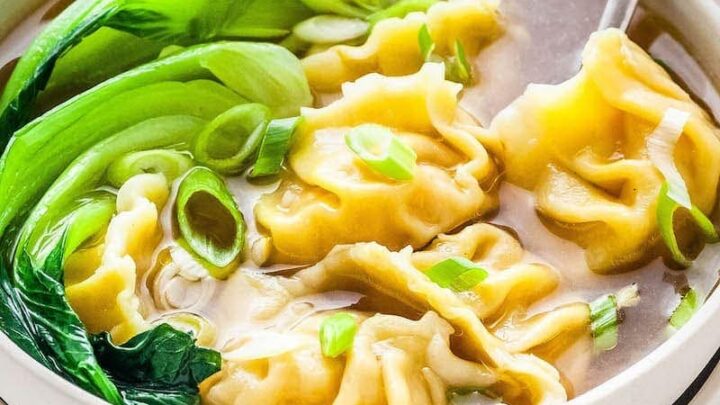 This Wonton Soup recipe is bursting with fresh flavors and loaded with homemade pork Chinese Dumplings to elevate this classic take out dish! 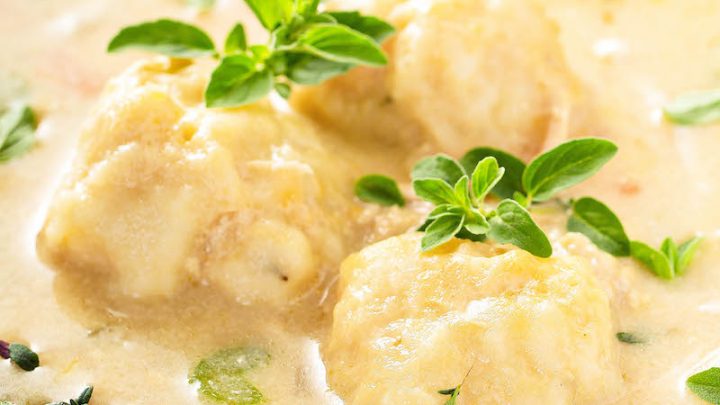 Our favorite chicken and dumplings recipe turned into an easy crockpot meal with homemade dumplings, made from scratch, in just minutes! Don't miss the secret ingredient to make it extra creamy!

Crisp green apples are wrapped in soft dumplings and baked in a sweet cinnamon sauce made of brown sugar, butter and mountain dew! You will be begging for more after just one bite!