Slow Cooker Coca Cola Pulled Pork: my families favorite easy recipe for bbq pulled pork is made in a slow cooker or instant pot and only uses five ingredients! 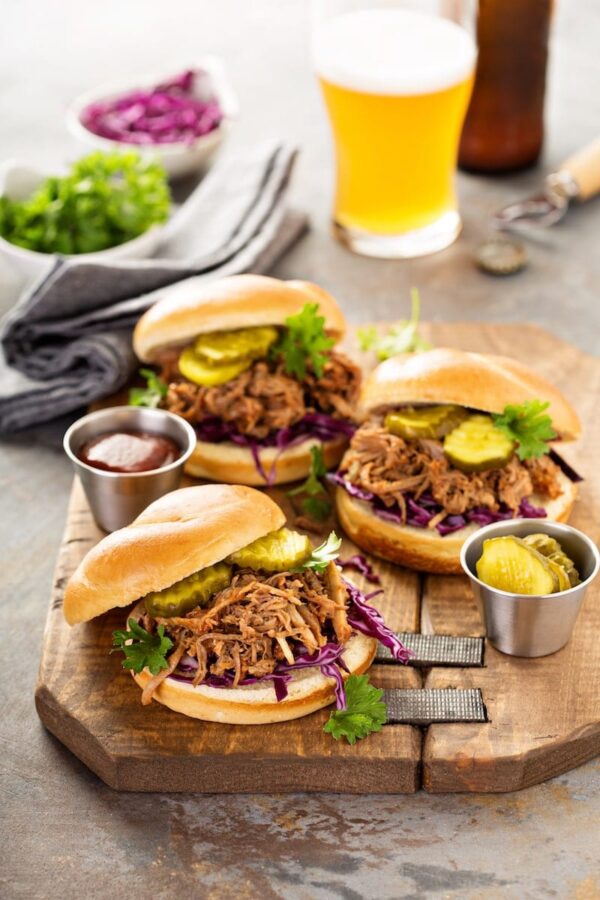 When I moved to Florida, from Texas, I discovered something truly heart breaking for this BBQ loving girl.

Floridians have NO IDEA what a brisket is. None. In Florida it’s all ribs, chicken and pulled pork.

In Texas, BBQ = Brisket. Brisket is a tough piece of beef that is smoked until it is deliciously tender.

It is served with a warm, tangy, thin — almost spicy — bbq sauce. And it’s my favorite thing ever. 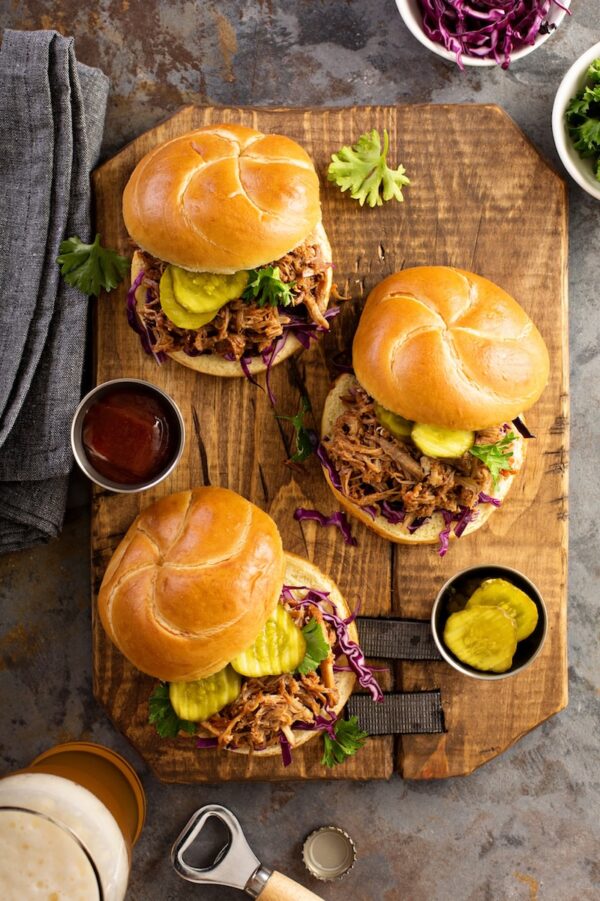 Then we moved to Florida and my bbq ways had to be adjusted. In Florida, they always use a sweet, thick BBQ sauce.

My family and I were originally surprised after stopping at multiple places claiming they had the BEST BBQ EVER, to find pulled pork.

But after trying it multiple times, and having it made in different ways, we discovered that we do enjoy it.

It is definitely not the same as a true Texas Brisket…but it does make for a tasty crockpot dinner!

I love my pulled pork made with Sweet Baby Ray’s BBQ sauce and served with tons of onions, pickles and on a potato bun. 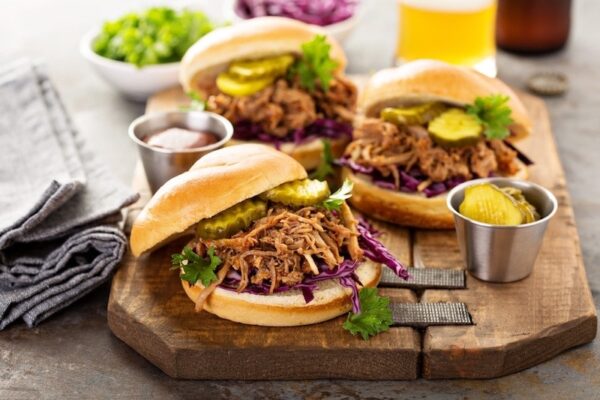 This recipe is crazy simple and only calls for FIVE easy ingredients that you dump in a crock pot!

We always use coca cola, but you can use any dark soda you prefer (like Dr. Pepper or even diet soda).

You drain out all of the soda before you shred the meat, so you really aren’t eating all of that soda. It’s just a cooking method.

We use a ton of garlic salt and chili powder, because as I said, most of it will be removed when you dump out the soda from the pot.

The recipe calls for a pork butt or shoulder, but know you can use other cuts of pork as well.

I even use pork tenderloins and it shreds great as well, it’s just a leaner cut of pork.

UPDATE: This post has been updated on 5/31/18, but the recipe is still the same! I just added new photos and a video! 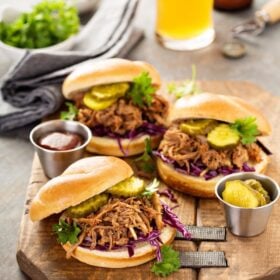 Other delicious ways to use any pulled pork leftovers: 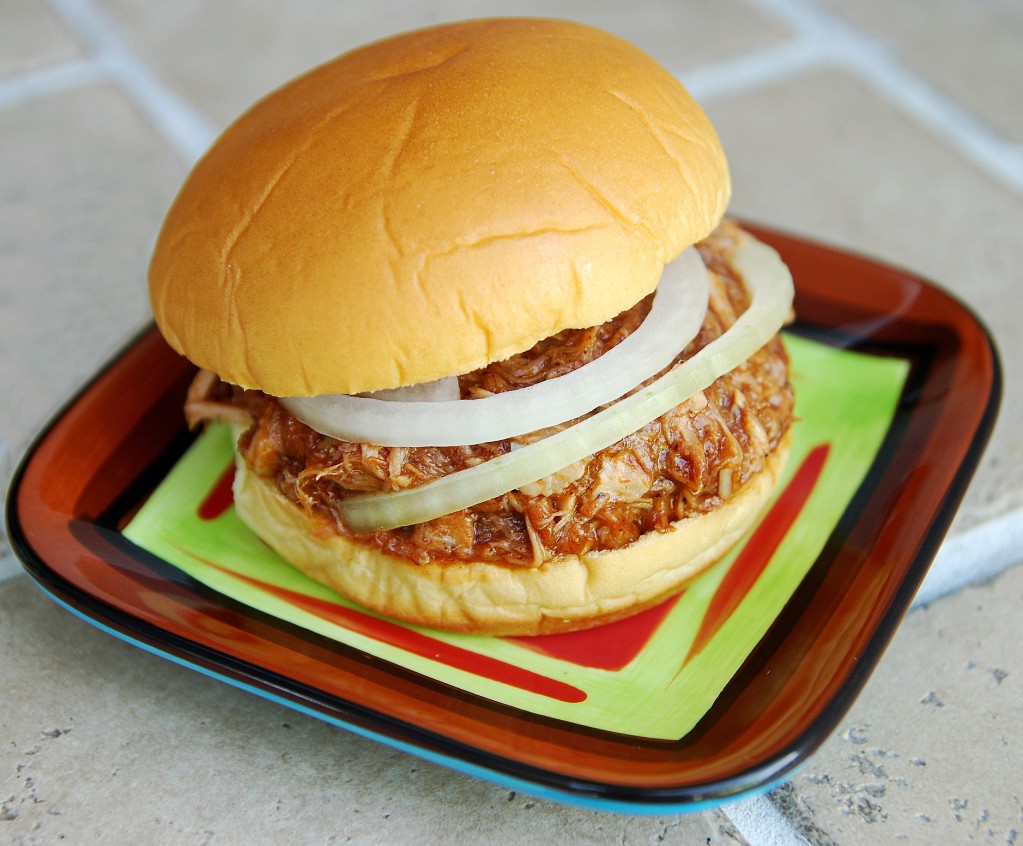 Above is the original photo from 2010! 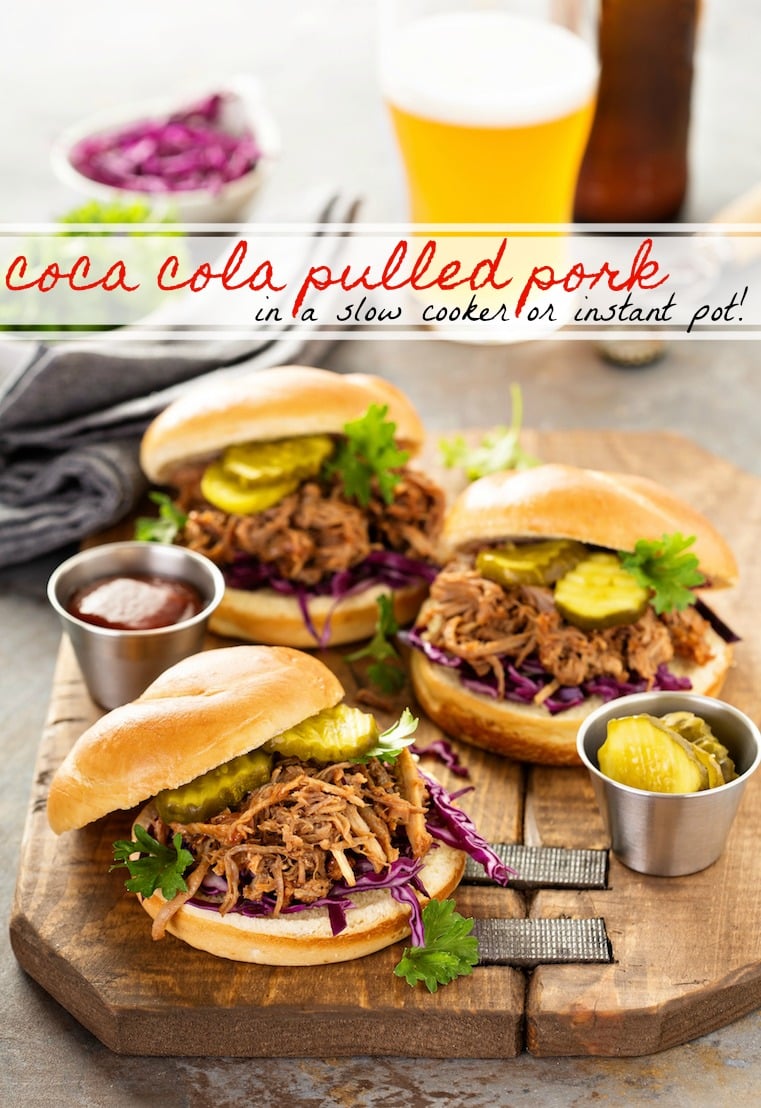